People of the Book: YU Alumni Who Write, Publish and Sell

Jews are people of the book—and thus, many can be found in the book and magazine publishing industry. Though publishing is a notoriously difficult and often cutthroat profession to break into, especially in New York, many YU alumni have found a way to succeed and make their mark in the industry.

Dr. Erica Brown ’88S studied philosophy and Judaic studies at Stern College for Women. After obtaining a master’s degrees in religious education and rabbinics from the University of London and another master’s degree in near eastern languages and civilizations from Harvard University, she obtained a PhD from Baltimore Hebrew University and settled into a position as scholar-in-residence for the Jewish Federation of Greater Washington. She teaches classes in Jewish thought and ethics, as well as leadership development, and lectures widely on subjects of importance to the Jewish community. She writes an online essay, “Weekly Jewish Wisdom,” that has appeared on the Newsweek/Washington Post’s “On Faith” Web site.

And, on the side, she finds time to write books of contemporary Jewish interest.

Much of what Brown has learned about Judaism, she credits to her professors at Stern. “Stern College gave me many opportunities to develop and grow a Jewish intellectual platform, particularly with the guidance of a number of my professors with whom I am still in contact. I don’t know how many people could make that claim in other universities,” Brown said. “I felt that many of my professors, more than just teaching a subject, showed me positive models for living an authentic and meaningful adult life. I was forced to think in a very sophisticated way about my Judaism and that lives with me every day.”

Brown’s books on Judaism include Inspired Jewish Leadership, a National Jewish Book Award finalist; Spiritual Boredom; Confronting Scandal; and The Case for Jewish Peoplehood (of which she is co-author). Her latest book is In the Narrow Places: Daily Inspiration for the Three Weeks.

However, she is most proud of a book that she wrote over a decade ago, and which has yet to be shared with a wider readership. The Sacred Canvas: The Hebrew Bible in the Eyes of the Artist contrasts paintings of the same scene to understand how artists read Biblical texts. “It’s a meshing of many important worlds for me, and I hope one day I can share it with others as a published work,” Brown explained.

Brown strongly believes that writing is a serious process that requires considerable dedication. “If you want to write seriously, it has to be a daily discipline,” she said. “When I’m writing a book, I write at least 1,000 words a day. They may be awful and I may have to delete 900 of them, but at least I know that I am in the rhythm of writing.” Brown’s world of teaching informs the topics she chooses to write about. “What I’m experiencing personally, or what Jewish life is undergoing that few people have written about or that needs extra emphasis, is what I choose to focus on,” she said. “This explains my book on spiritual boredom and my book on scandal. I also read a great deal and in many different genres. That keeps me thinking in different ways about different things, a more nimble and creative way of thinking and engaging ideas.”

Many women who balance a busy work life with an equally busy home life struggle to find a sense of equilibrium. Brown’s many professional pursuits look daunting when you consider she is also a wife (to Dr. Jeremy Brown) and mother to four children (Talia, Gavriel, Yishai and Ayelet). However, Brown has a unique view of the situation. “I don’t struggle with the work versus life equation. I think that’s way too linear a breakdown,” she said. “We are complex beings. We have to entertain complexity as a facet of life, not as something we’re trying to quash and tame. I feel blessed that my life has many different parts to it, and often contradictions prove to be a blessing.”

Brown recommends that students and alumni who hope to become serious writers and published authors have many readers look at their work, and accept literary criticisms with an open mind.

“I take no offense when I get edited and enjoy heavy editing because it means that someone else is taking my work seriously. Writing is for reading, and if an outside reader doesn’t understand what you’ve written, then you haven’t done your job,” she explained. “Find someone who will read and critique your work and offer the same service in return. Too many people fall in love with what Faulkner called ‘all their little darlings’—words and expressions that they get so attached to that they can’t delete them. It says in Mishlei that if you correct a wise person, he’ll love you, and if you correct a wicked person, he’ll hate you. Good writers are wise writers. They know that good editing makes writing sing.” 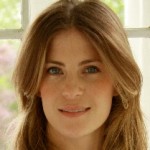 Most women can remember their first issue of Seventeen magazine. The unofficial magazine of choice for the average American teenage girl is one of the most successful youth-oriented publications of all time. Tova Heiney ’01S works as an account manager for the magazine, and is responsible for selling ad pages in each issue.

As an English major at Stern College for Women, Heiney said she often walked by theHearst building, located near Stern in midtown Manhattan. “When I walked by Hearst Tower, I often thought how cool it would be to work for a magazine. When I realized I knew someone at Natural History magazine, I applied for an assistant job and got it.”

Heiney noted that this was a very small, privately owned magazine and her salary was very low. “I had to work two jobs to support myself for those six months but it was worth it for me to break into the industry,” she said. “From there I was cold-called by Conde Nast, a larger company, and was hired as a sales assistant at The New Yorker.” 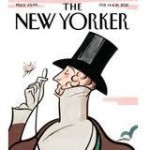 At The New Yorker, Heiney was quickly promoted to the marketing department, and was launched into the world of magazine publishing. She spent six years marketing several different publications before deciding sales was most suitable for her. “The move from marketing to sales is not easy. I was lucky that my current position called for a salesperson with a marketing background. Other people wanting to make this switch might leave the magazine industry to get a sales job in another arena, or get a sales job at a very small publication, only to return to a major publishing house once you have solid sales experience,” Heiney said.

Selling ad pages for Seventeen includes working with the marketing department to create PowerPoint presentations or mailings to clients and potential advertisers, managing her account list and ensuring client satisfaction. “There are also some great perks to my job,” said Heiney. “I am constantly out and about, meeting new people and entertaining them through lunches and manicures—relationship building is key. The editing team also holds beauty sales, where all the staff members get to buy fun products that may have recently been featured in the magazine for only a dollar, with all proceeds going to charity.”

Speaking to current Stern students who are hoping to find their own niche within the publishing industry, Heiney highly recommends obtaining an internship while still in college. “It will make getting an assistant job easier once you graduate. There are always spring, summer and fall internships available,” she said. Heiney shared this advice with students aspiring to enter the publishing field at an alumni career session in the spring, where she spoke about her job and the duties it entails. “I like to help young adults as they are just starting their careers, when they are trying to figure out what they want to do in life and how to achieve it,” she said.

The Agent
When he first entered Yeshiva University in 2005, Yishai Seidman said he thought he had three career choices: to become a lawyer, an accountant or a doctor. He picked the last path but, after a few semesters, recognized something was amiss.

“I realized that as much as I wanted to be a doctor, my talents didn’t lie in the sciences. I just had no idea what else to pursue,” recalled Seidman. “I had previously taken a literature course called Medical Narratives, and, remembering how much I enjoyed the class, decided to switch my major to English.”

Though he had only three semesters left before graduating, Seidman decided to study what truly interested him, and to figure out a career later. “That was a big change in my undergraduate experience,” he said. “A lot of people, including me, go to college with a preconceived notion of what they want to do so they can pursue a specific career after they graduate. But I realized that it doesn’t always work out that way and that I might as well study what I enjoy.”

While taking seven literature courses in his last two semesters at YU, Seidman took a class with Dr. Liel Leibovitz, a visiting creative writing professor and a published author. “Professor Leibovitz brought in a panel of people in the publishing industry including his editor, his agent and a children’s book editor,” said Seidman. “They talked about their respective roles in the publishing industry, and then took questions from the class. It was a great experience, and the first time I was exposed to different opportunities within the publishing field.”

Seidman was particularly interested in agency work so he pursued an internship at a literary agency after graduating in May ’08. He was hired to intern at Artists and Artisans, a full-service literary management company in midtown Manhattan. Five months later, he was hired by Writer’s House, another literary agency. “The agency has an unbelievable internship program, almost like a mini-graduate school,” he explained. When his internship ended in January, he was hired as an office manager, on a temporary basis, for someone who took leave for several months, which gave him an opportunity to make some great connections.

“Many people in this business get the jobs they have thanks to connections they’ve made as they worked their way up,” said Seidman. He joined the literary agency, Dunow, Carlson & Lerner, on a full-time basis not long after. He has been blessed to work with some wonderful writers, he said, and spends much of his free time reading, since the workday is devoted to contract negotiations and reading query letters—one-page “pitches” from authors trying to sell their works.

“Right now I am mostly working with literary fiction, but there’s no hard rule about what I’m looking for. It’s definitely important to me that stories have interesting characters and are written in a strong voice,” Seidman remarked. “Believe it or not, I actually struggle more with books that deal with Jewish themes or topics. It’s sometimes hard for me to distinguish whether they are objectively interesting or only interesting to me because they’re familiar.”

To current YU students who might consider a career as a literary agent, Seidman advised, “I would definitely encourage taking creative writing courses. You need to observe what your peers are writing to learn what you think works and what doesn’t—that’s your intro to analysis of contemporary writing. I would also say to pursue internships during school or when you graduate, as it is a fairly competitive field and experience plays a big part in getting your foot in the door, getting jobs and making those important connections.”