From (Kosher) Soup to Nuts: How YU Alumni Are Revolutionizing the Food Industry

The kosher food industry is virtually unrecognizable from its early days, when it was merely synonymous with bagels, lox and potato kugel. Now, it’s sushi, upscale gourmet caterers and celebrity-filled steakhouses, and those trends, in addition to innovations of modern technology, are revolutionizing the industry—thanks in no small part to several YU alumni who are forever changing the way people think about kosher food. 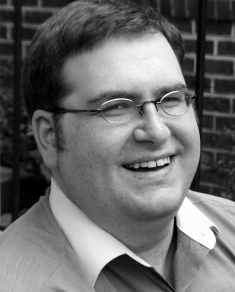 Dave Weinberg ’05YC, CEO of the consulting firm Causil, brought together social media and internet marketing experts at the first-ever Kosher Summit in May. There, companies that just received kosher certification and want to market their products to the Jewish community, along with longtime kosher companies that don’t know how to utilize the power of the Web for their branding efforts, learned effective and cost-efficient techniques to boost sales of their products.

Causil, which Weinberg officially founded just a year ago (after years of being an independent consultant), teaches companies, non-profit organizations and other institutions the best practices in communications, marketing and technology so that they too can utilize low-cost and valuable methods of marketing. In its short existence, Causil has already organized well-attended conferences on Jewish education and Jewish non-profits.

No stranger to harnessing the immense power of social media, Weinberg, recently called a “serial social entrepreneur” by the Jewish Telegraphic Agency (JTA), first began using the power of the Internet as an undergraduate student. As manager of YU’s student radio station, WYUR, he propelled it to one of the top college radio stations by streaming its content online—one of the first college radio shows in the nation to do so. Weinberg was also extremely active in student government and was the founder of Not Now Not Ever, a major student effort for campaigning against the genocide in Darfur.

“The training in public relations, event planning, crisis management and relating to donors that I received through my extracurricular activities at YU helped prepare me for my current occupation as well as any class I ever took there,” said Weinberg. 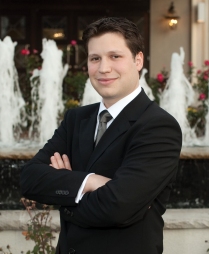 Together with Zechariah Mehler ’04YC, a kosher food critic and marketer, the two hope to convince the kosher industry—which Mehler said has long been wary of using modern advertising tactics—to move ahead by learning and applying the latest marketing modus operandi for an industry that has definitely moved ahead with the times.

“The reason there’s so little forward movement in the kosher industry in terms of social media is simply because no one is taking the time to explain the different tactics and techniques,” explained Mehler. “Dave and I are hoping to bring together innovators and trendsetters in the social media arena to show these companies that it’s not so complex, and to outline its numerous benefits to them.” 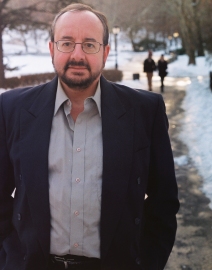 Gil Marks ’74YC, ’78R, ’80W possesses many a YU degree and though he anticipated his career as being in the Jewish communal world (and even directed the guidance program at Yeshiva University High School for Boys for nearly five years), his hobby of cooking elaborate Shabbat meals for friends and family led to a moonlighting gig at a small kosher caterer. What was a weekly pastime became an all-consuming passion for Marks, and in 1986, he founded Kosher Gourmet Magazine.

The publication enjoyed a wave of popularity for nearly a decade. He then transitioned into cookbooks, and his first effort was in the running for the James Beard Award. His second effort, Olive Trees and Honey, won that coveted culinary award.

Now, with his Encyclopedia of Kosher Food, a veritable treasure trove of recipes and interesting facts about the origins of kosher food, he brings one of the most comprehensive efforts at cataloging kosher food to the table.

“I like my books to tell a story, not simply list recipes,” Marks said. “Food touches people’s lives every day and is a centerpiece of family celebrations. Since it carries such importance, and reflects a history of a culture and different milieus, I want my books to tell those stories.”

He can credit his tireless work ethic to his time at YU, where he said the dual curriculum helped prepare him for a lifetime of productivity. “What I remember fondly and enjoyed the most about YU were the friendships I developed,” said Marks. “The student body helped to offset the demands of the double program and ease the workload when the balancing act got harder.”

Marks plans to turn his attention to The American Cake, a history of America through its cakes, and in the future, would love to work on an examination of the food and plants recorded in the Chumash, and a gastronomical guide to understanding Passover and the Seder. 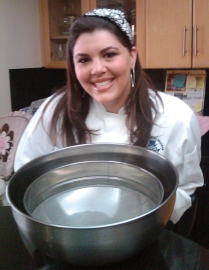 Esty Kopel ’07S works in the realm of kosher food that results in edible confections or “culinary creativity.” After graduating Stern College for Women with a degree in psychology, Kopel planned to study for a degree in social work. “Until my graduate classes started, I decided to take pastry decorating classes at Brooklyn’s Center for Kosher Culinary Arts for fun,” she explained. “I loved it there and decided that I wanted to make a full-time career of it.”

She enrolled in Le Cordon Bleu, one of the top culinary schools in New York, and became a certified pastry chef.

Being an Orthodox Jew in a non-kosher culinary school did present some challenges. “I couldn’t try any of the food I had made, and I had to have a taster,” said Kopel. “I also needed to leave early on Fridays for Shabbat, so I would arrive early on Fridays to make up the work I was going to miss. One of the harder obstacles I faced was changing the uniform and getting permission to wear a skirt. I was not allowed to look different from my peers, and I had to meet with several deans to get this rule overridden.”

After graduating from Le Cordon Bleu, Kopel completed an externship with a well-known cake designer, focusing on design and aesthetics, as she again could not taste any of her creations. Her specialties include birthday and wedding cakes decorated with ornate detail, as well as gourmet European-style tortes.

Throughout school and her internship, Kopel practiced at home using kosher ingredients. Kopel recently returned to live in her hometown of Florida; while there, she is debating whether she should start her own kosher cake and pastry business. She’s already been besieged with orders from friends and family members who know of her expertise.

Kopel revels in her atypical job within the Jewish community. “It’s definitely not a nine-to-five type of job, and I don’t have weekends off like most people,” she said. “Those are actually my busiest times.”

Besides encouraging YU students to meld their careers with their passions, Kopel also said that internships and externships are a key way to finding a job once you are ready for full-time work. Not only does it introduce you to connections in the field, it also refines your training with hands-on instruction.

“My goal in going to Le Cordon Bleu was to learn the techniques in non-kosher kitchens and apply them to the kosher world,” Kopel said. “It is my mission to close the gap in the difference between kosher and non-kosher patisserie. Pretty soon you will be able to enter a kosher bakery and indulge in many delicacies that are taken for granted in the non-kosher world.” 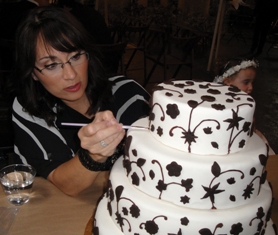 L’via Weisinger ’88S of Teaneck, NJ, is also changing the face of kosher cake decorating. Formerly a strictly “Duncan Hines” kind of woman, Weisinger is now in high demand for her intricate and fun designs with fondant, a firm icing used for elaborate cakes. Her business, L’via’s Luscious Creations, has led to a guest spot at the famed Butterflake Bakery in Teaneck.

“I was inspired by a basic course I took when my twins, who are now 20 years old, were babies,” said Weisinger. Always creative, as an art and fashion major Weisinger was profiled in The Observer as an “Entrepreneur of Brookdale Hall” for her custom hat and accessory business that she ran out of her dorm room.

Perhaps more inspiring than her switch from cake mix to her current mastery with a spatula is the way she juggles her many roles: outside of her cake business, Weisinger is an RN, certified lactation specialist, freelance writer and lice specialist, as well as a wife and mother to five children including her twins. “Raising children is itself a full-time job,” said Weinsinger, “but I’ve always found ways to incorporate my baking job into my parenting, such as holding cake parties for my kids and turning some of my cake jobs into lessons for them on baking and decorating. I think involving your kids in your career, teaching them about what you do, showing them the ropes and welcoming their participation whenever possible are key ingredients to successfully working and parenting. Making and decorating cakes is obviously among the more fun and kid-friendly things I do.”

While Weisinger finds fulfillment from her many jobs, she looks to her cake business as an artistic outlet. “I love creating beauty with my hands and I don’t get to do that so tangibly in my other careers,” she said. “I love the sculpting aspect of fondant and I love the universal appeal of pretty food. I’m also a Jewish
mother—what better way to make people happy?”

With these YU alumni and others in the industry, it’s safe to say that we can expect even more great (and tasty!) things to come in the kosher food realm.

To read about other inspirational YU graduates, visit the alumni Web site at www.yu.edu/alumni and check out the alumni profiles; or, to share your own achievements, submit a Class Note.