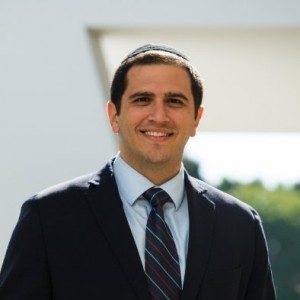 When he began his academic career at Yeshiva University’s Yeshiva College, Joey Small (‘05YC ‘09BR ‘13A) knew he was in the right place to further the values he’d grown up with in Los Angeles, California—a life dedicated to Jewish living and learning, deeply rooted in both spiritual and worldly knowledge and a commitment to the State of Israel.

In 2012, the Smalls headed west again as Joey became the director of institutional advancement at YULA’ Boys High School, overseeing the school’s development, admissions, marketing and alumni efforts—and earning his MBA at the University of Southern California’s Marshall School of Business. Now, Small is back at YU as its Western Region Director, leading the University’s development efforts on the West Coast, helping a variety of University departments coordinate their efforts with schools and shuls in the area. He will also work to make sure alumni stay connected and that the Greater L.A. Jewish Community is aware of YU and its important place in the American Jewish Community.