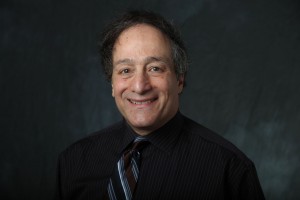 Dr. S. Abraham (Avri) Ravid is Sy Syms Professor of Finance at the Sy Syms School of Business of Yeshiva University. A Yom Kippur War veteran and war correspondent, Dr. Ravid has spoken on national Israeli and American radio about his experiences.

He has close to 50 refereed publications, in various journals including the Review of Financial Studies and the Journal of Finance as well as book chapters, monographs and other publications. His current research interests include corporate finance (mergers, bankruptcy, and corporate debt), contracting theory and venture capital as well as the entertainment industry. He has received several awards and prizes for his research.

Dr. Ravid has presented at major conferences as well as in Universities including Yale and Wharton, and many others around the world. He has consulted to governments in Israel and the US as well as to private industry.

Dr. Ravid’s work has been covered by the press around the world, including the NYTimes, Wall Street Journal, the BBC, Yedioth, IDF radio and many others in the US and around the world.  His most recent interview was April 4, which will be broadcast on NPR later in the month.

Prior to receiving his PhD from Cornell University, Ravid was a full time professional journalist in Israel as well as a documentary film maker.

I like and respect my students. I have taught in many universities, from top Ivy League schools such as Yale and Cornell to state schools such as Rutgers and I spent much time teaching at Haifa University in Israel. Syms students make the top of the list for me. They are eager to learn, have a respectful attitude towards the professors and work hard.  The dual curriculum helps much in that respect as I have learned with my own kids. And in real life hard work is the only predictor of success one can control.

I also like my colleagues and because Syms and YU are small, you get to work closely with people in other disciplines. In my roles in university committees and as VP (and incoming president) of the faculty council I also get to interact with colleagues in entirely different disciplines. The Jewish calendar is of course a plus- since you never have to reschedule classes because of Jewish Holidays as was the case when I taught in other universities.

2. What type of careers do your students have upon graduation?

Some of the students end up on Wall Street broadly defined, most often in banks. Others work in real estate and a significant proportion goes on to graduate schools, sometimes the best – this year I have a student who is continuing at Penn Law and Wharton; Former students ended up in Harvard law school and similar high quality universities

3. What profession did you think you would one day hold when you were a child?

I have always been interested in various areas from math and physics to acting public speaking communications and literature, so I have changed my mind often. I worked on documentary movies when I was a teenager, considered going to the Technion for Physics, and ended up as a professional journalist as my first real job after the army. However, I found reporting with a daily deadline not sufficiently fulfilling, and thus decided to try for a PhD at Cornell. And the rest is history.

4. What research are you working on now?

One of the main aspects defining your professional life in a top level university is research. Although I have been an academic for more than three decades, I am still excited about new ideas and about in depth exploration of various topics. For example, we (colleagues from Cornell and the University of Texas) have just published a paper which debunks the myth that internet reviews have replaced professional reviews, in determining which movie consumers will go to see. Another paper provides a new look at firm hedging policies. Another just accepted paper (which is co-authored with colleagues at the University of Chicago NJIT and the University of Texas) looks at intellectual property contracts, a very hot topic these days.

I am now working with my colleague Shu Han at Syms on a project (with some funding from the New York City Mayor’s Office of media and entertainment) which tries to assess whether women have equal opportunities in the movie business; another project looks at the value of human capital in the theater.

When I was a teenager, I met the US secretary general and appeared on several coast to coast TV shows on CBS. This was when I represented Israel in a youth leadership conference organized by the state department. Later, I tried to find copies of these shows, but CBS does not have them and all I have are low quality shots of the TV screen. However, I cherish the experience and I am grateful for the many interesting people I met during that first enchanted visit to the US. They include for example, Erkki Liikanen, who represented Finland in that conference. We were roommates in an orientation offered to the delegates from over 40 countries, and he went on to become an MP in Finland, then finance minister and now the head of the central bank. We are still in touch, many decades later.