Levine Lectures Across The US 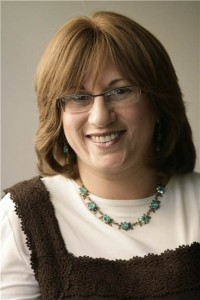 Dr. Michelle Levine, associate professor of Bible at Stern College for Women, recently delivered a number of lectures to various communities throughout the United States. In March, Levine spoke for the Ma’ayan Institute in Brookline, Mass., at their Yom Iyyun on the Five Megillot. She was the keynote speaker, delivering a lecture on “Poetry, Prophecy and Polemic: Rashi’s Commentary on the Song of Songs,” and also spoke on the topic, “A Guide to Being a Complete Jew: R. Obadiah Sforno’s Commentary on Kohelet.”

In April, Levine served as a scholar-in-residence at Congregation Shaarey Zedek, Valley Village, California, where she spoke on the following topics: “The Na’aseh Ve-Nishma Jew: The Italian Renaissance and R. Obadiah Sforno’s Conception of the Ideal Jew”, “The Blessing of Light and the Promise of Redemption” and “Devorah in the Book of Judges: A Woman Ahead of Her Times.” In addition, she gave lecture at Beth Jacob Congregation in Beverly Hills sponsored by the Orthodox Union’s Women’s Torah Network on the topic “The Road to Redemption: All It Takes are Righteous Women.”

Levine was also hosted as a scholar-in-residence at Congregation Mekor Habracha, Philadelphia, Pennsylvania, where, in addition to her lecture on Devorah, she spoke on “From Darkness to Light, From Slavery to Redemption”, “The Symbolic Ritual of the Paschal Lamb: Israel’s Ticket to Freedom” and “The Ten Plagues: Miracle vs. Nature?”  In her own community of Kew Gardens Hills, New York, Levine gave a pre-Pesach shiur on Shabbat Hagadol at Congregation Ohel Yizhak about “The Road to Redemption: All It Takes are Righteous Women.”