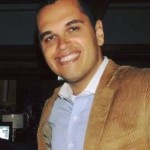 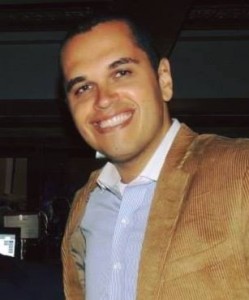 Rothstein will spend eight months as a visiting scholar at the University of Toronto Faculty of Law where he will engage in a comparative law analysis regarding the role of Jewish, Islamic and secular law through the context of a real estate transaction. Rothstein will also be affiliated with the Beis Din Vaad Harabonim of Toronto who will facilitate his research. Recipients of Fulbright awards are selected by a Presidential committee on the basis of academic and professional achievement as well as record of service and leadership potential in their respective fields.

Rothstein’s exposure to Talmudical hermeneutics began while he was a student at MTA. He credits Rabbi Dr. Sid Schimmel A”H (’60) for influencing his approach to the study of Talmud and Mishnah. Schimmel, who taught Rothstein Jewish history, philosophy and Talmudic hermeneutics played a pivotal role in Rothstein’s intellectual development. “Rabbi Schimmel was an intellectual giant who loved ideas and his students.” Rothstein said. “Seeing my thirst for knowledge, he would lend me books and when I was done with those he would ask Mr. Wexler the librarian to get me more. He embodied the values of MTA and Torah U’maddah” he added.

Rothstein, who studied real estate development at New York University, and middle-eastern studies at the University of Michigan, Ann Arbor, was previously a real estate attorney at The Redstone Group. Rothstein received both his Juris Doctor, and Master of Laws in International and Comparative Law from Cornell Law School where he was Editor of the Journal of Law and Public Policy and an Albert Heit Scholarship recipient. He later served as a federal law clerk in the Eastern District of New York for the Honorable I. Leo Glasser where he employed many of the principles Schimmel taught him.

Rothstein credits the institution for providing him opportunity generally and for preparing him for life specifically. At MTA, Rothstein was active on the debate team, wrote for The Academy News, played forward on the basketball team, and was the Editor-in-Chief of the Halachic Questions in Contemporary Society and the Pearls of Wisdom literary journal.

Fulbright Scholars like Rothstein address critical global challenges in all areas while building relationships, knowledge, and leadership in support of the long-term interests of the United States. Fulbright alumni have achieved distinction in many fields, including 57 who have been awarded the Nobel Prize, 82 who have received Pulitzer Prizes, and 37 who have served as a head of state or government.