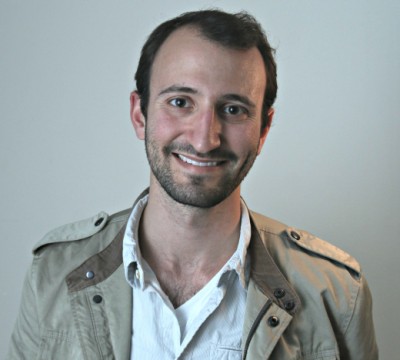 By any measure, Ilan Regenbaum ’14SB has one of the world’s most interesting jobs: he is the deputy commander of the Israeli Air Force’s Innovation Department, a position he assumed after making aliya to Israel in 2014 with Nefesh b’Nefesh.

“I assumed that I would go to whatever unit the IDF (Israeli Defense Force) decided to send me,” he recalled, “but I met the commander of the department at a start-up conference in Jerusalem, and he invited me to join the unit. After a year in the position, I realized how much there is to achieve in this role.”

The purpose of the Innovation Department is embedded in its name: to find creative solutions to challenges that can’t be resolved through the usual channels of bureaucracy and rank. “It was established to solve problems that are often overlooked by the military because the decision-makers just do not know about them,” he explained, “such as operational inefficiencies that make the lives of soldiers more difficult than they need to be.”

Regenbaum brings a great deal of skill and knowledge to his work. He was born in South Africa, but because of worsening conditions there, his parents immigrated to Atlanta, Georgia, when Regenbaum was three. As he grew up, he found that he liked solving challenges that had an entrepreneurial angle to them. “Both of my parents ran their own businesses in Atlanta,” he explained, “and I grew up in a very entrepreneurial household, where they always encouraged me to take risks and pursue my interests.”

At the age of 14, he started a business with his bar mitzvah savings called FlashFoto (an event photography and photo booth company), and his parents helped him set up the enterprise and even drove him to jobs until he got his driver’s license. “That was over 12 years ago,” he noted, “and that business is still running to this day.”

When it came time to go to college, he wanted to attend a university with a large active Jewish population in a big city that also offered lots of business learning opportunities. After spending a year and a half in yeshiva in Israel, and wanting the ability to continue his Jewish learning, YU became the obvious choice.

He had a very positive experience at Sy Syms School of Business, where he pursued a degree in finance and management. “YU is the only place where you can learn in yeshiva in the morning, play on an NCAA soccer team, found and run clubs like the Photography Club and Israel Business Club, be a dorm counselor, run a startup from your dorm room, meet amazing friends for life, all while being able to take full advantage of New York outside the classroom.”

Regenbaum definitely took advantage of what YU and the city had to offer. He attended countless business and startup conferences and meetups and met many CEOs and thought leaders through YU or on his own. For instance, he had the chance to meet Tommy Hilfiger and fellow-South African Elon Musk, and he recalls running after then-Mayor Michael Bloomberg after the mayor finished speaking at the Sy Syms Dinner in order to connect with him.

Before the army, Ilan worked as an associate for The Elevator Fund, a venture capital fund based in Tel Aviv and New York that invests in early-stage technology startups in Israel and around the world. He managed deal flow and assisted the Fund’s portfolio companies among many other operational responsibilities.

Even now, though he lives in Israel, he keeps up an active connection to YU through his membership in the Wall Street Group (WSG), sponsored by the Office of Alumni Affairs; in fact, he will be attending an upcoming WSG event in New York City, traveling all the way from Israel to participate.

“Israel and the U.S. have a lot to offer each other, and I feel that it is important to maintain a bridge between the two countries, whether it’s to help people make aliya by making the right connections for them, assisting them in their job search in Israel, or helping connect Israeli startups to partners or funding in the US and teaching Israelis the subtleties of American business culture.” 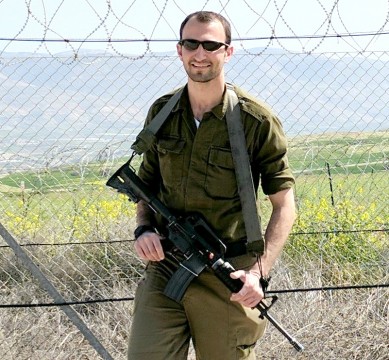 Regenbaum brings all of these skills to bear on his work in the Innovation Department. “At its most basic level, the purpose of the Department is to connect the needs-knowers to the problem-solvers within the organization.”

On a daily basis, soldiers upload ideas and problems to an internal innovation platform on the IDF network. The unit’s soldiers go through the ideas and dispatch the smaller problems to the specific units that can fix them easily.

For larger problems, the Department will soon launch an internal accelerator that will take five to seven major challenges that the soldiers point out and then work with the soldiers to develop projects that solve the issue. “We have many other programs that we are working on as well,” he explained, “including the launching of an innovation course for soldiers in conjunction with Tel Aviv University, but our main focus is our innovation platform and solving problems.”

“By connecting the soldiers with specific problems to the people who can help solve them, we hope to create a culture where soldiers have the tools to solve these problems and improve the way the IDF functions.”

Regenbaum clearly loves being in the middle of enterprises that promote innovation and ingenuity. “I like sharing my ideas and experience, and have many that I hope to share in the near future. Innovation is something that needs to be very collaborative, and sharing ideas and getting feedback are a key part of what I plan to keep on doing.”