Travel Around the World with YU YU Alumni Play Ball 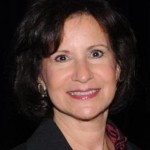 Amy Katz ’72YUHS, ’76S, ’78W will become the new Executive Director of the Partnership for Excellence in Jewish Education on October 1, when the current director steps down. PEJE, a Boston-based non-profit, is a capacity-building organization whose mission is to build the financial sustainability of Jewish day schools across North America. Katz’s visible and prominent role at the forefront of a Jewish communal organization is quite an accomplishment in the landscape of Jewish non-profits, in which men still lead most organizations and federations.

President Richard M. Joel declared, “It shouldn’t be surprising that Amy is outstanding. She is an enormous part of a Yeshiva University tradition, as both her parents have made important contributions to the Jewish world and to YU. But in her own right, together with her wonderful husband, Amy has made her imprint felt in a lay and professional capacity. Her impact on the world of Jewish education, which is nothing less than critical for the sustaining and survival of our people, is profound and will only grow. Our pride in her as an outstanding alumna is without bounds.”

Katz comes from a strong YU family; her father graduated Yeshiva College and received semicha from RIETS while her mother was the director of the YU Museum for close to 30 years.

Katz decided to attend Stern College for Women because she yearned to strengthen her Jewish identity in an active way. “Growing up frum and attending yeshiva day schools, I felt that being religious can oft times feel rote and even mandated,” Katz says. “By choosing Stern, I was making a personal decision to explore and strengthen my own commitment to a halachic lifestyle, and that was very important to me.”

Katz loved Stern’s social life and array of classes, and participated in numerous extracurricular activities. “Being involved in so many activities truly broadened my horizons and helped develop my leadership skills,” Katz recalls, attributing, in part, her able management of her current executive role to those skills she honed in college.

Katz majored in history and always intended to go to social work school. “I came to Stern with a clear vision of what I wanted to do,” says Katz. After interning at an agency serving children with mental health issues, she decided that the work was too emotionally draining. “I would come home very depressed and I realized I needed to pursue something else…I just didn’t know what.”

Luckily, one of Katz’s mentors was a history and Holocaust studies professor at Stern named Lucy Dawidowicz, a well-respected historian who wrote a definitive work on the Holocaust, “The War Against the Jews” (published during her tenure at Stern). Professor Dawidowicz listened to Katz describe her long-held desire to work directly with people and suggested she pursue community social work, and then perhaps find work at a Jewish Federation.“At the time, I was so green in my understanding of the Jewish community that I asked her to define federation,” recalls Katz. “The daughter of a rabbi and of two parents very involved in the Jewish community didn’t even know what a Jewish Federation was.”

After careful consideration, Katz decided to choose community social work as her track at YU’s Wurzweiler Graduate School of Social Work when it was a fairly new area of concentration. During her second year, Katz completed her field work at the New York Federation, which, as she puts it, “set me on the course of my whole career.”

After graduating Wurzweiler, Katz married her college sweetheart, Boston native Nathan Katz ’77YC and moved to Boston where she took a job as a program manager with the Jewish Community Centers of Greater Boston. Over the next fifteen years, she worked at the JCC, taking time off for the birth of her first four children: Ari ’05YC, Tova, Noam ’10YC, and Eitan, currently a YC student. During this time period, she organized large-scale community events and ran outreach and membership programs. After the birth of her fourth child, she was asked by Combined Jewish Philanthropies (CJP), the Boston Federation, to coordinate a major walkathon for Soviet Jews. This was the start of a ten-year career at CJP that included positions in the campaign, financial resource development departments and five years as Director of Leadership Development.

Her job with CJP thrilled Katz, who was able to merge her passion for the Jewish community and Jewish life with her commitment to centrist Orthodoxy and Torah learning. Katz set in motion several important text-based study programs to connect young generation leaders to Jewish texts and literacy, including Lishmah, which made Torah study available to young business professionals in their places of work, and the Genesis Forum, a free lunchtime learning series that has been teaching biblical and rabbinic texts to community members for over ten years. One of Katz’s proudest accomplishments was the successful re-launching of Acharai, CJP’s 18-month leadership development program. Katz reimagined the program, building in a text-based curriculum followed by an Israel component.

“I believe I have a special role to play in this world, as a frum person and as a role model to others. I have had the amazing opportunity to demonstrate to the greater Jewish community what a frum person can be, and how I can engage with the world while still keeping true to my personal values,” explains Katz.

During her tenure there, her fifth child, Akiva, was born, and following family tradition, is currently learning in Israel in the S. Daniel Abraham Program in Israel before he enters YU next fall.

In 2001 Katz was recruited to help Rabbi Dr. Jacob J. Schacter launch the Rabbi Joseph B. Soloveichik Institute based at Boston’s Maimonides School, her first job working exclusively in the Orthodox community. In addition to building the infrastructure for the burgeoning small organization, she helped to plan and implement a teacher training program for Modern Orthodox day school teachers. In this endeavor Katz learned much about day schools and their challenges. She had her first interactions with PEJE and admired its goals of growing Jewish day school capacity and enrollment. After leaving the Institute (now disbanded) in 2003, she met with PEJE’s Executive Director Josh Elkin, who offered her the newly-created position of associate director.

Responsible for managing the internal operation and supervising a team of staffers that grew from eight to 28 at PEJE’s height (there are currently 20 employees), Katz works every day to strengthen yeshivas and day schools. As she explained, “Since 1997, PEJE has taken a leadership role in building the field of day school education in North America. We believe that our most valuable currency is the currency of knowledge and best practices and we use that knowledge and expertise to design programs and initiatives that disseminate information and techniques to help schools become financially sustainable, something only they can achieve, albeit with the tools that we supply.”

Speaking to female undergraduate students who one day hope to have an active role or top position at a Jewish non-profit or other communal organization, Katz exhorts them to persevere in the face of possible exclusion. “Women have a critical role to play in the Jewish future and it is important to force the doors to open to female leadership in the Jewish community,” says Katz. “Find a female mentor who you admire and think big. Embrace a bold vision of yourself and keep working to achieve your dreams.” Judging by Katz’s significant achievements thus far, her advice will surely resonate with the next generation of female leaders.

Feeling inspired by Amy Katz’s story? To read about other fantastic and inspirational YU graduates, visit the alumni Web site and check out the alumni profiles; or, to share your own achievements, submit a Class Note.