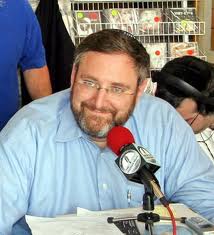 Morning talk show enthusiasts may have lost the now-retired Regis Philbin to retirement this past fall, but those in the Jewish community still have Nachum Segal, the gold standard for Jewish talk radio and music since 1983 when Segal was still a senior at Yeshiva University.

Segal, who hosted a show at WYUR (Yeshiva’s radio station) starting in September 1981, was asked to host WFMU in September 1983, the popular program that is now known as JM in the AM (Jewish Moments in the Morning), while he was still in college. “Larry Wachsman, who was then the YU director of student activities, got a call from someone at WFMU who was looking to hire a radio host and thought Larry might know someone,” says Segal. “Larry told him he would have someone for him in 20 minutes, and quickly called me to his office to take the phone call. I always say that I owe my whole career to YU, and without it, I’d be nothing.”

Segal had honed his radio skills through his years at YU mastering the technical side and then signing up to host a segment. “I didn’t really know anything about Jewish music, but the competition to host the rock ‘n roll segment was pretty intense,” recalls Segal. “I decided to be strategic about it and sign up for the Jewish music segment, which didn’t have too many people on the sign-up chart.”

Segal’s former lack of musical knowledge has given way to an in-depth familiarity with anything and everything having to do with Jewish music. JM in the AM regularly plays a wide spectrum of Jewish music, from the classics to the newer hits (including the YU Maccabeats and their various tunes). Segal often debuts new tunes and helps usher in singing sensations, and he has become the go-to-guy for hosting and emceeing major concerts and other Jewish communal events.

Some of his favorite hosting gigs are the ones he does for YU. Segal hosted the Town Hall with President Joel at Homecoming in September and the halftime presentation honoring past Macs captains at Alumni Day at the Macs Game in December. “For alumni like me, who basically owe their entire careers to YU, it’s natural to want to give back,” says Segal. “Moreover, when alumni stay involved with YU, it gives them a sense of pride to see all the wonderful things going on around campus right now.”

The YU connection continues: our own Mayer Fertig ’87YUHS, senior director of media relations, is a long-time guest host on those occasions when Nachum doesn’t host the show himself. Fertig says, “Among observant Jews in New York and New Jersey and far beyond, Nachum Segal is a household name. To this demographic, in which he and YU both operate, he is certainly one of YU’s best-known alumni, and one of its proudest. Nachum is renowned and beloved for shining a spotlight from his radio pulpit onto worthy Jewish causes and organizations, and he is particularly generous to YU in this regard.”

Segal acknowledges that for YU students who are interested in becoming an on-air personality, Jewish opportunities are rare. “I never thought that I, as an Orthodox Jew, could find a job hosting a radio show in New York,” he remarks. “When Marvin Silbermintz, an Orthodox Jewish longtime writer for Jay Leno, was on my show, a parent called in asking how her kid could become a writer for Jay Leno. Silbermintz, who wrote for Leno at the start of his career doing standup, told her: you pick an unknown comedian, write for him, and then pray he gets picked to host a national television show. The same is true for my job. I tell people, hone your radio skills at school, and then pray G-d orchestrates the perfect Jewish radio talk show opportunity in New York so you don’t have to move to the boondocks to get on-air.”

Aside from playing music, Segal discusses the hot-button topics in Judaism on his show, inviting listeners to weigh in with their thoughts, which often ignites lively debates. Segal hosts prominent Torah personalities and Jewish communal leaders to give words of Torah and discuss their views on Israel and the Jewish community. He allows for a general platform of Jewish thought and communal discussion – all this, before most people’s first cup of coffee. Segal’s open and engaging manner enables his show to be enjoyed by Jews of all levels of observance.

Speaking on behalf of the Jewish community and serving as a voice for the people is more than a career to Segal, but a life lesson instilled in him by his father, Rabbi Zev Segal, a”h. Rabbi Segal, who founded the Young Israel of Newark, served for 33 years in that position. He was a former president of the Rabbinical Council of America from 1968-1971, and a vice president of RCA for a decade before that. In his father’s obituary, Segal told the New York Times that Rabbi Segal was “someone who stood up for Jewish tradition and heritage while at the same time trying to build bridges to all types of Jews.” Segal is undoubtedly continuing the family tradition, live and on the air.

Nachum Segal currently lives in Manhattan with his wife Staci and their children, Binyamin, Chava, Yosef, Yehoshua, Yonina and Gavriel. To be in touch with Segal and other YU graduates, visit the online alumni directory today at yu.edu/alumnidirectory.