Have Alumni, Will Travel: Regional Programs Connect Alumni Across the States Networking with Nahshon Society as First Cohort Graduates

Just because the Superbowl is over doesn’t mean the sports fun has to end. It’s officially March Madness at YU, featuring our annual Wittenberg and Sarachek Tournaments. 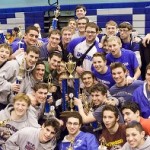 All of the wrestlers participated in a Shabbaton officiated by Rabbi Lawrence Hajioff, Stern College for Women Jewish studies professor.

The tournament is named for YU’s former wrestling coach and legendary Olympic medalist, Henry Wittenberg, who founded the school’s wrestling program in 1955 and was the team’s first coach. He passed away in 2010 at the age of 91.

From March 22- 26, YU will hold its annual Red Sarachek Tournament, one of the country’s most prestigious events for Jewish high school basketball teams. Twenty Jewish high schools from around the country will gather at YU’s Wilf Campus to play in the tournament, divided into four tiers, each with its own champion. Alumni are invited to attend the tournament and are encouraged to stop by our ‘tailgate’ on Sunday, March 25. The alumni table will be located in Rubin Hall lobby where alumni can pick up free giveaways and show their YU pride.

YU also proudly highlights the recent achievements of its female college athletes, who excel in 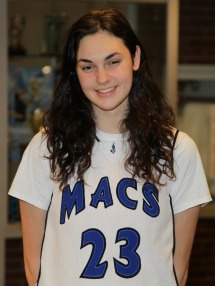 balancing adual academic curriculum with a busy sports training and game schedule. Rebecca Yoshor of the Macs’ women’s basketball team was selected as the Hudson Valley Women’s Athletic Conference Rookie of the Week for two consecutive weeks in November, and then the Player of the Week in December. In February, she was named to the All-Conference Team. “I am honored to have been named to the all-conference team, especially since this was my first year on the team,” said Yoshor. “I feel very lucky to have been welcomed onto such a solid team with such amazing players and an encouraging coaching staff.” The women’s basketball team recently won its second game of the season, after defeating Vaughn College 68-21 on February 12. The game marked the annual senior day game, where three seniors were recognized at halftime: Mercedes Cohen, Fiona Guedalia, and Eli Goldenberg. 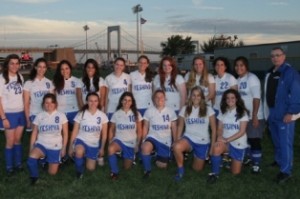 The women’s soccer team was this year’s recipient of the NISOA (National Intercollegiate Soccer Officials Association) New York Metro Chapter Sportsmanship Award. The award is given to a 4-year men’s program, women’s program, and one junior college program. The men’s award went to York College, and Queensborough was awarded the Junior College honor.

John Czarnecki, assistant athletic director and sports information director, declared, “The hard work and dedication that our student-athletes show on a daily basis is inspiring to all who have the opportunity to witness it. Their individual and team accomplishments are a testament to the amount of time these women spend working hard in the classroom and on the field of competition. Our department is proud to be a part of their student-athlete experience here at Yeshiva University.”