Economics Department Gets Richer with More Faculty and Resources

YU’s Department of Economics has transformed over the past few years. The department, under the chairmanship of Professor James Kahn, has been steadily adding new resources, such as faculty, courses, and events. With the pending addition of three professors for the 2012-13 academic year, there will be seven new faculty members since 2009. 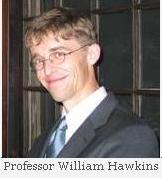 The new hires for fall 2012 include William Hawkins, currently at the

University of Rochester, who obtained his PhD from MIT in 2006, and Michael Richter, who is getting his PhD from New York University. Professor Hawkins was a student of the renowned Daron Acemoglu, who is among the 10 most cited economists in the world, and is an expert on labor market dynamics. Richter is a student of Ariel Rubinstein and Debraj Ray, Israeli and Indian-American economists respectively who work in game theory. Richter’s research is in decision theory and mechanism design.

In addition to the transformation of undergraduate economics education at both Stern College for Women and Yeshiva College, the department is launching a new Master’s program in quantitative economics. This degree is geared to students with a solid preparation in mathematics and economics who want to pursue careers in either research or applied economics and finance. It will also enable YU undergraduates to take advanced classes that have been previously unavailable, as well as to stay on campus an additional year and obtain the Master’s degree. 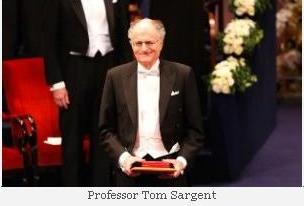 In February, the department hosted the 2011 winner of the Nobel Memorial Prize in Economics, Tom Sargent of NYU, who gave a talk entitled “The United States Then, Europe Now” to a group of students, faculty, and alumni. Sargent’s presentation, held in the beautiful library of the YU High School for Boys, touched on parallels between the early history of the United States and the current challenges facing the European Union. It was preceded by a reception and dinner, and it was followed by a lively question and answer period. For YU alumnus JJ Hornblass ’91YC, attending the event as an economics graduate proved to be a valuable experience.

“It was a highlight of my learning life,” said Hornblass. “I highly doubt I’ll ever again have the opportunity to hear the most recent Nobel Laureate in Economics speak not just on his discipline, but on his reflections on visiting the YU beit midrash. This is not the economics department that awarded me my undergraduate degree – and Jim Kahn deserves tremendous kudos for building a world-class learning environment.”

In May, the annual Alexander Brody Distinguished Lecture in Economics will feature Ed Glaeser of Harvard University, who will speak on “Triumph of the City: Why Cities Are Our Best Hope for the Future.” Professor Glaeser is a world-renowned expert on urban economics, whose work has been featured on The Wall Street Journal and New York Times op-ed pages. The dinner talk will include an award ceremony for the top undergraduates in economics at YU. 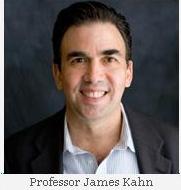 Professor Kahn, the Henry and Bertha Kressel University Professor of Economics and chair of the department, has been overseeing the departmental advances made in recent years.

“The economics department at YU is continuing its rapid development into a world-class group of scholars and educators,” he said. “Having previously taught at universities like Yale and Columbia, I continue to encounter intelligent and motivated students in my role at Yeshiva University. I am proud to be a part of a university that continuously works to offer the best education possible to its students.”

Economics alumni interested in learning more about or attending the upcoming May 2 Brody Lecture should click HERE or contact Illana Feiglin, director of alumni affairs, at feiglin@yu.edu.  YU graduates who majored (or minored!) in Economics and wish to be included on communications and invitations targeted towards this community should complete the brief online Economics alumni survey.