From Brookdale to the White House: Cynthia Bernstein ’02YUHS, ’06S Makes a Difference

In 2005, when the crisis in Darfur was first making headlines, Cynthia Bernstein was in her second year of studies at Stern College for Women. Unable to sit idly by while the papers reported on such atrocities, Bernstein connected with a small group of students who were also interested in becoming socially involved. [That core group included Shoshana Fruchter Samuels ’07S, an alumna profiled in the December 2011 Alumni eNewsletter.] “I had already met many of those students while running Jewish programming in Belarus with YUSSR (Yeshiva and University Students for the Spiritual Revival of Soviet Jewry) and in Germany with Lauder Yeshurun,” explains Bernstein. “The Darfur campaign seemed natural as we have all grown up in post-Holocaust communities and raising awareness about the horrors is something I thought all students could relate to.” 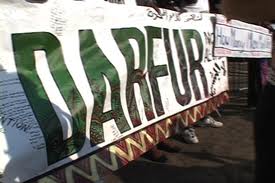 Bernstein and fellow students coordinated a memorable rally in Central Park for Darfur in May 2005, which was largely praised by the press for showing Jewish students taking a stance on an issue technically outside the Jewish community. The students showed that the Darfur crisis related directly to their community’s values.  Bernstein spent that summer in Ghana with the American Jewish World Service, and, upon her return to campus that fall, worked with her good friend Rebecca Stone ’05S to coordinate YU’s first overseas trip with the American Jewish World Service to Honduras.

Bernstein’s involvement in social and communal issues is not surprising, given her background. “Growing up in Yonkers/North Riverdale, my family was always very involved in the community and inspired me to be so as well,” she explains. “At Yeshiva University High School for Girls, I was student body co-president and was excited about making change at my school. YU seemed a natural next step and a way that I could effectuate change within my community.”  Bernstein majored in both history and political science at Stern so she could learn about the history of social movements, foreign policy and political theory. “I am so thankful for the history and political science professors I met at Stern who motivated me in my academic studies and encouraged me to pursue my interests and achieve my career goals,” she says.

Bryan Daves, assistant professor of political science, feels fortunate that he was one of Bernstein’s early mentors at Stern. He says, “Cindy exemplifies the best of Stern College for Women by taking what she learned in the classroom and combining it with values that she holds dear to work toward the betterment of others. Over the years, I have watched with pride as she has taken on one challenging task after another with the same infectious enthusiasm, all with the intention of Tikkun Olam.”

While at Stern, Bernstein began an internship at the Program in Holocaust and Human Rights Studies at YU’s Benjamin N. Cardozo School of Law, which continued into the summer post-graduation. Upon graduation, Bernstein received a Legacy Heritage Fellowship, which placed her at the helm of programming for the Jewish Community Relations Council of New York. Bernstein says, “At JCRC-NY I was fortunate to learn from masters of community outreach, engagement and mobilization. I was also fortunate to travel to meet with other young, engaged Jews around the world.” At the conclusion of the fellowship, Bernstein worked at the American Jewish Joint Distribution Committee in the Office of Program Planning and Budget. “It was there that I learned about the systems in place for Jewish humanitarian assistance and community renewal. This was particularly meaningful as I had spent time working with Jewish communities in Germany and Eastern Europe and it was a great opportunity to learn from the leading organization on the mechanisms in place,” Bernstein remarks. 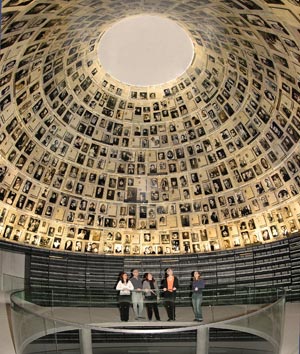 resolution, where she  organized seminars for government ministers throughout Eastern Europe. After spending some time in Jerusalem, writing curriculum at Yad Vashem and volunteering with refugees, in 2009 she returned to New York to start an MA in International Affairs at the Columbia University School of International and Public Affairs (SIPA). “At SIPA, I focused my studies on human rights and security and enjoyed studying advanced topics in such a multicultural environment” says Bernstein. Bernstein was also fortunate to receive a Wexner Graduate Fellowship for her studies, and was awarded numerous leadership fellowships at SIPA as well. Among her favorite experiences during her two years at Columbia was serving as Teaching Assistant for “Covering Religion,” a class at the Columbia School of Journalism that traveled to Israel and Jordan to meet with religious leaders and visit holy sites.   She is also grateful for the opportunity Columbia afforded her to conduct research in the former Yugoslavia and Syria.

Bernstein is now hard at work at, possibly, her most prestigious internship yet: the White House. 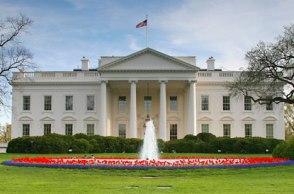 She explains, “Towards the end of my graduate career, I became increasingly interested in working for the government. I found out about the White House Internship Program, applied, and got it!   Bernstein’s primary responsibilities include facilitating speakers and briefings for interns focused on leading foreign policy, domestic policy and legal issues.  “Looking long-term, I would like to continue working for the government,” says Bernstein. “I’m particularly interested in foreign affairs and working with constituent groups. The White House internship ends in May and I am already looking for my next step.”

YU students who are interested in becoming more involved with social justice causes can find fewer sources of advice better than Bernstein as they set out to achieve their aims. She says, “Work hard and try to put your all into what you are passionate about. Build yourself a support system of motivated and engaged individuals and wise mentors. Challenge yourself and throw yourself into new and diverse environments. Finally, believe in yourself. Somebody has to get the great position, win the fellowship/award or run the significant program. It might as well be you.”

Karen Bacon, the Monique C. Katz Dean of Stern College for Women, said, “Cindy was an early and passionate supporter of turning classroom theory into public action for the benefit of society.  Her bio and work both in Stern and afterwards reflect a combination of focused attention, fearless activism and empathic intelligence. She is a wonderful model for us all.”

Feeling inspired by Cindy Bernstein?  To read about other fantastic and inspirational YU graduates, visit the alumni Web site and check out the alumni profiles; or, to share your own achievements, submit a Class Note.