RIETS Reunions and Shavuos Retreat Lights, Camera, Action: Alumni Who Work in the Entertainment Industry Are Stars Behind and In the Scenes

The Verdict Is In: Naomi Maryles ’96S, First Female Attorney to Work With U.S. Beit Din 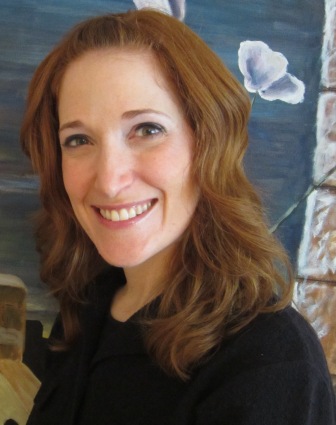 After graduating from Stern College for Women and New York University School of Law, Naomi Maryles ’96S was set with a job at Kramer Levin Naftalis & Frankel LLP, a highly esteemed law firm in Manhattan. Newly married to her husband, Rabbi Bini Maryles ’97SB, ’00R, ’10AZ, she was employed at the firm for several years and was actively working her way up the corporate ladder. There was one problem: she missed putting her three children to sleep.

“Anyone who says women can ‘have it all’ is wrong—there is simply no such thing,” said Maryles. “I want to dispel the myth that women can be perfect at everything they do. We need to realize that we can’t do everything 100 percent. We need to find a balance that works for each of us. For me, that was scaling back my corporate law career so I could be home with my children at a decent hour.”

Maryles went to work for a smaller firm on Long Island and then decided to take a break from law altogether. “Making that choice was difficult for me, because as a Type A personality, I couldn’t help but feel disappointed in myself when I felt pulled in all different directions and couldn’t completely devote myself to each pull,” Maryles said. “But life is a journey and you need to do what makes you the best at whatever is most important to you at any given time. I chose the bedtime routine with my children over being a hot-shot lawyer and I learned to give myself a break.”

Maryles grew up in West Hempstead, NY, the daughter of an attorney, and always knew she wanted to be a lawyer. She attended Hebrew Academy of the Five Towns & Rockaway (HAFTR) elementary school and for one year of high school (where she was the first freshman ever to be accepted to the school’s mock trial team) before switching to Hebrew Academy of Nassau County (HANC). She then spent 18 months learning at Midreshet Moriah in Israel.

At Stern, Maryles majored in elementary education, which might seem like an odd choice for someone intending to enter law school. “I always knew I would go to law school, but I also wanted to graduate college with a real skill, which in my mind was accounting or teaching,” she explained. “Since I’m horrible with numbers, I chose teaching.” Maryles loved the student-teaching she did at the Ramaz Middle School and at a public school in Greenwich Village, and although she was admitted to her first choice for law school, NYU, she decided to defer for a year to work as a teacher at Manhattan Day School.

After beginning law school, she saw a sign looking for volunteers for the Battered Women’s Justice Project, and her interest was piqued. “It was there that I learned just how common domestic violence is, and how many women are victimized. This led to my interest in working on behalf of women’s rights.” Maryles continued to focus on battered women’s issues in her pro bono work at Kramer Levin and served as a liaison to InMotion, an organization that assists victims of domestic violence.

During the years she took a break from law, Maryles worked at Nishmat, the Jeanie Schottenstein Center for Advanced Torah Study for Women. “I was attracted to Nishmat because it works to empower women and give them important roles within the Orthodox Jewish community,” said Maryles, “It was a continuation of my attraction to professional roles that allowed me to help women.”

While at Nishmat, Maryles also trained as a volunteer for Shalom Task Force, a communal organization promoting healthy marriages and peaceful family relationships. As a volunteer, she travels to different high schools to speak to young women about healthy relationships.

During this time, Maryles was contacted by Rabbi Shlomo Weissman, the director of the Beth Din of America (BDA), who was looking to fill a newly created position of administrative attorney. “Beth Din has this reputation as being female-unfriendly, and the idea of helping women feel less intimidated by the process by having a woman there made me feel like it was an opportunity I couldn’t pass up,” said Maryles. “I also missed law more than I thought I would.”

As the Beth Din’s administrative attorney, and the first female attorney to work with any rabbinical court in the United States, Maryles handled the administrative casework dealing with marital issues, such as gittin (Jewish divorces), end-of-marriage issues (such as division of property and custody arrangements) and commercial matters (such as business and real estate arrangements). Maryles was in charge of the case procedures from opening case files, to drafting and sending summonses, scheduling hearings, mediation, negotiations and settlements.

“Yeshiva University really laid the groundwork for me to be so interested in helping women,” said Maryles. “As an all-women’s college, Stern emphasized how important each of us is and that we have so much to contribute to society. Every step you take leads you to the next step in life, and the fact that I went to Stern gave me the foundation to accomplish a lot as a woman, for women.”

Eventually Maryles left the BDA and went to work at Gracin & Marlow LLP, a corporate and securities firm on Long Island, but she continues volunteering for Shalom Task Force and taking on speaking engagements. “As much as my children have seen that they are my number one priority, I also feel it’s important for them to see that I’m actively involved in the Jewish community, and that I won’t be home sometimes,” Maryles explained. “I tell them that Mommy is doing a mitzvah, and I am teaching them that involvement in the community is something valuable.”

Maryles largely credits her husband’s support for enabling her to do as much as she does. “In truth,” said Rabbi Maryles, “I don’t know how she has the time, strength and energy to do all of the things she does and still finds time to take on more, but it is quite inspiring to watch her go each day.” Maryles lives with her husband and four children—Avigayil, 10, JJ, 8, Orly, 6, and Azi, 3—in North Woodmere.
To connect with Naomi Maryles and other YU alumni living in the Five Towns and around the world, visit www.yu.edu/alumnidirectory.