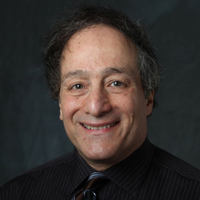 Dr. Abraham Ravid is currently teaching his second semester as Professor of Finance in the Sy Syms School of Business. Prior to receiving his PhD from Cornell University, he worked as a professional journalist. Previous teaching positions include University of Chicago, Wharton, Cornell, Yale, NYU, Columbia, UCLA, Rutgers and Haifa University. His current research interests include corporate finance, contracting and the media and entertainment industries.

1. What did you do before you joined YU as a faculty member?
I joined YU after teaching at many different universities in the U.S., Israel and Europe. Prior to receiving my PhD, I was a broadcast journalist, writing for newspapers and producing documentary movies.

2. What is your favorite aspect of your job at YU?
I appreciate most students’ very positive attitude towards learning, as well as the support of the University for the Sy Syms School. I also welcome the fact that I do not have to worry about making up classes scheduled during the Jewish holidays. Since my children attend a yeshiva high school, our breaks are now more coordinated and we can better plan to do things together as a family, which I value greatly.

3. What profession other than your own would you like to attempt?
Based on my very limited experience in making movies, my interactions with movie industry professionals and my research into the movie industry, I have a very deep appreciation for movie directors. This is a very challenging job that requires many types of skills and in another life, I might have continued in that direction.

4. What is your goal as a finance scholar, journalist and author, and what is your goal as a teacher?
I have always liked to probe deeply and see what makes things tick. Since I am inept as far as anything mechanical goes, I chose to do social science research. My goal as a scholar is to understand the industries and the phenomena I am researching, and try to see what makes people and organizations tick. As a writer, my goal is to explain my work as clearly and as fairly as possible.
My goal as a teacher is to take my students as far as they would like to go.

5. What would your current and former YU students be surprised to learn about you?
As a teenager, I represented Israel in an international conference for future leaders in the U.S., which included meetings with the UN Secretary General, senators and other officials, and a television appearance. Some of the delegates who represented other countries, with whom I am still in touch, actually did become world leaders, such as my friend Erkki Liikanen, who is now a former Finnish finance minister and European commissioner, and current head of the Central Bank of Finland.

I was also a competitive swimmer and among the top swimmers in Israel up to age 14. I still try to swim several times a week. I also served in the Israeli army and one of the most formative experiences of my life were the three weeks of the Yom Kippur war that I spent as an officer and a correspondent on the Golan front.

For more on Dr. Abraham Ravid, read this featured article about him on the YU News blog.