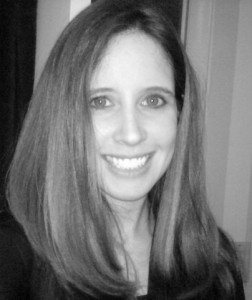 Jennifer Prince ‘99SSB always knew that accounting was part of her future, but she had choices regarding which college she would attend to obtain her degree. She chose Stern College for Women/Sy Syms School of Business for many reasons. “I liked the idea of continuing my formal Jewish education, of receiving credits for my year in Israel and living in NYC,” said Prince. “Also, accounting was a major that YU ‘did well’ with 99% job placement statistics at the time.” As a young girl, she attended Solomon Schechter Day School of Bergen County for elementary school and The Frisch School for high school and spent the year post high school in Machon Gold in Israel. She never regretted her decision to continue her education in a Jewish environment and graduated Stern/Syms in 1999.

While in Stern, Prince felt connected to many teachers, including Professors Leibowitz, Hochman, Brown and Snow, which only enhanced her experience. “Dean Persky was very helpful with my class schedules. Naomi Kapp was an invaluable resource when it came to career counseling, resume writing and interview tips,” said Prince. Sy Syms School of Business also provided her with the tools to land her first job. After a series of seminars, business fairs and on-campus interviews, she received two offers from what was then known as the “big five” and accepted a position with Ernst & Young/Kenneth Leventhal, the company’s real estate group. After six months she was moved from real estate engagement to work an internal audit function at Goldman Sachs. Two and a half years later, she left to join Stellar Management, a leader in the Real Estate industry, as a controller where she’s been for 10 years.

Due to her positive experience at YU, when Prince was approached to participate in a Career Center panel called “Being Orthodox in an Unorthodox World” last fall, she agreed, eager to give something back. As Prince knows, being orthodox in a secular world can be challenging, but she manages her home life and career life with a positive attitude. She said, “It’s important for us to remember how demanding our lifestyles can be and need to compensate as best we can. We need to act in respectful ways and show an interest in the ways others live so that they can learn and respect our way of life. Many companies are very understanding to our lifestyle, as long as we make up for time we have missed.”

This past spring Prince mentored a current Stern student as part of the Yeshiva University Women in Business Initiative Program. “It was such a pleasure to get to know this wonderful individual who was motivated and determined to find a job in this tough job market,” said Prince. She continues her efforts to help students as a new member of YU’s Undergraduate Alumni Council, which gives alumni leaders the opportunity to take a more active role in enhancing university life and to provide valuable input on University initiatives. “I think that it is important to have hakarat hatov for the place that gave me the tools to succeed in both setting up a proper religious home and career,” said Prince.

Her home life is in Teaneck, NJ, where she lives with her husband, Michael, and their four children. They are both very involved in their community. Her children all attend Yavneh Academy where Prince is currently the president of the board of the Yavneh Academy Parents Association and a member of the Yavneh Board of Trustees where she sits on various subcommittees including the finance committee. Her husband is the president of the Young Israel of Teaneck. Prince says that they learned to be active in community life from their parents, noting that both their fathers served as past presidents of their own shuls.

Prince feels that YU truly impacted her life. She had gained so much from being a YU student, acquired many skills to take into the real world, and has raised a beautiful family with all of these values. “YU, as an educational institution, taught me so many things from accounting, to American history, to literature and allowed me to keep up my Torah learning from my year in Israel. It laid a solid foundation for both my professional and personal life.”