If you’re in the field of computer science, there are few better employers to work for than Google. Since 2010, Chanoch Goldfeder ’04YC has worked at Google as a software engineer focusing on Google Apps Script, designing new features and supporting existing products. 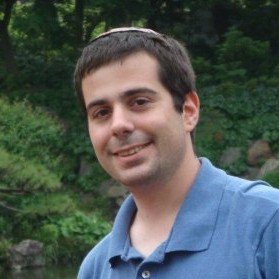 “When I entered YU I intended to major in electrical engineering. It wasn’t until my junior year that I changed my mind and turned to computer science (CS),” said Chanoch. Computer science runs in his family: both of his parents majored in CS, as did his sister Ita (at Stern) and his brother Tzvi (at YC). Yehuda, the youngest, is already a competent programmer in 9th grade. “My brother Moshe, a rabbi and lawyer, is so far the only one of us to branch out in a different direction,” says Chanoch.

In YU’s CS department, Chanoch recalls several notable professors, including Dr. Michael Breban and Dr. Arnold Lebow. “In the math department, I still consider my two semesters of Advanced Calculus with Dr. Thomas Otway to be the most enjoyable course that I took in college or graduate school,” he says.

Though Chanoch had originally considered applying to Columbia or MIT for his undergraduate education, in the end, he didn’t apply anywhere other than YU because he was confident that YU would be the only university in the U.S. where he could obtain a real liberal arts education while attending world-class shiurim.

Chanoch also took full advantage of the liberal arts at YU. He was active in the Yeshiva College Dramatics Society, both as an actor and behind the scenes; competed in the Association for Computing Machinery’s International Computer Programming Contest; wrote fiction for the annual writing contest; and drew political cartoons for The Commentator. “I also may have been the only student on the Wilf Campus to actually use the pool,” he says wryly.

He continues, “When I entered Columbia to obtain my PhD in Computer Science, I found that the overall quality of my undergraduate education was quite comparable to my Columbia peers.”

While at Columbia, Chanoch interned at Google, where he built a search engine for 3D models that is still running. “Internships are really the best way to get your foot in the door at Google and other software companies, and anyone who wants to work in the industry should try very hard to find one,” he advises current YU students interested in pursuing the field of computer science.

Continuing his counsel for students, Chanoch says that there are two parallel programming industries, “IT”, which generally means working for a company that is not in the software industry, and software companies. “It’s a good idea to focus on one or the other and tailor yourself to be a good candidate for one kind of job by learning the right language and the right tools,” he explains. “The core fundamentals of CS cut across this divide, but you still do need to have the specific skills that employers are looking for. Anecdotally, my experience with the software industry is that most students in liberal arts schools like YU should expect to need a masters degree before landing a job. Also, what will matter most is how well you understand foundational computer science, or the theoretical stuff that students may pay less attention to. Computer Science has always been a branch of applied mathematics, and you can never know too much math.”

Chanoch has won numerous awards and scholarships for his work, including three from YU and one from the U.S. Department of Defense.

A typical day of work for Chanoch involves projects having to do with Google Apps Script, a programming language built into Google products that allows users to tweak and extend them. “Our work is very self-directed at Google,” says Chanoch. “Generally, there will be some overarching objectives that everyone is working towards, but technical decisions are usually left to the individual engineers.”

Chanoch explains that the stereotype of the software engineer hunched over a computer for days on end with no human interaction is mostly wrong – especially at Google, a place famous for its innovative work spaces and practices.

“We have desks and open-plan cubicles like anyone else, but ours are made out of giant tinker toys,” describes Chanoch. “There are some things that are purely for fun, like the ‘secret’ reading rooms in the library hidden behind revolving bookshelves or the Lego room where you might stumble upon a senior engineer building a giant Angry Birds model. Other things are both fun and actually useful, like the razor scooters for getting around the office or the nap pods for when you need a quick snooze. There are often interesting celebrities visiting – recent examples that I can recall include Stephen Colbert, Rainn Wilson, Justin Bieber and Yo Yo Ma. Google is also a very inclusive workplace. There is kosher food available for lunch and dinner every day, and whenever there is a company event, whether it’s a pizza-and-demos night or the holiday party at the Waldorf, Google makes sure to have kosher options available for those who want them. Engineers largely make their own hours and no one has ever blinked when I’ve taken off for yom tov or worked from home on an early Friday, even if we’re nearing a major deadline.”

Chanoch’s favorite perk thus far, however, has been paternity leave, as his wife Chani, who is studying to be a clinical psychologist, recently gave birth to their first child, Reut Batya, at the end of October. “I was able to take off seven weeks to spend at home with my daughter, and you can’t really put a price on that,” he says. 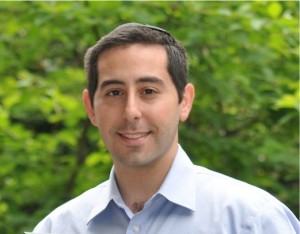 Meanwhile, Moshe Goldfeder ’07YC has followed a very different path. The only Goldfeder not studying or working in CS, he found success working in what he loves: the intersection between law and religion. Moshe is a rabbi and a lawyer, and is currently finishing his training to be a dayan, one who delivers religious judgments.

“When I had my high school interview at MTA, Rabbi Michael Hecht, Esq. who was MTA principal at the time and would one day be my law school adviser at YU, asked me what I wanted to be when I grew up,” recalls Moshe. “I told him that I wanted to be a lawyer and a rabbi, and I’m proud to say that I was able to stay focused and meet that goal. I love the interaction between law and religion. For me, there is nothing like seeing Torah concretized in that way, with the timely application of timeless principles and the synthesis of two worlds. I love being able to help people make the rules relevant and meaningful in their lives.”

When he was 21 years old, Moshe began working at the Beth Din of America after finishing his first year of semicha at RIETS. He said, “Soon after I arrived, the senior rabbinic intern left and about a month or so after that the Assistant Director made aliyah. I suddenly found myself with a lot more responsibility than I had originally expected, and it was truly an amazing learning experience.” He stayed on another year while learning at Yeshiva and also received a Wexner Graduate Fellowship to continue his semicha and study law at NYU.

His role model through it all has been Rabbi Michael Broyde ‘82YUHS, ‘85YC, ‘93R, a dayan and law professor at Emory University School of Law. “When I was deciding where I wanted to do my doctorate, the ability to study with and learn from Rabbi Broyde was one of the major draws to Emory,” says Moshe, who is currently finishing up his doctorate in Law and Religion at Emory, where his dissertation focuses on the intersection of family law, criminal law and religious law with regards to polygamy. He lives in the neighborhood of Toco Hills, a suburb of Atlanta, with his wife Michelle ’11C, a fellow lawyer.

Moshe learns in the Atlanta Dayanut Institute, Rabbi Broyde’s personal kollel for dayanim in training, and occasionally mediates disputes. This spring, he will begin teaching a course on Law and Religion at Georgia State University School of Law.

“I definitely feel like YU gave me the tools I need to succeed,” Moshe explains. “I have a pretty full day going back and forth between several different subjects, and just having been through the dual curriculum system helped me prepare for that lifestyle.”

Moshe advises that YU students who might like to carve out an intersecting path in both law and religion should work hard and not listen if anyone says it is too hard to do both.“I would recommend that students find a rebbe and mentor that they can really learn from, not just in the way that they approach a text but also in the ways that they prioritize obligations and commitments, and in the ways that they seek to serve God and the Jewish people,” recommends Moshe. “Always take advantage of opportunities – I got the job at GSU Law after I was invited by the Jewish Law Students Association to speak there on a Law and Religion panel. God works in mysterious ways and you never know where your break might come from.”