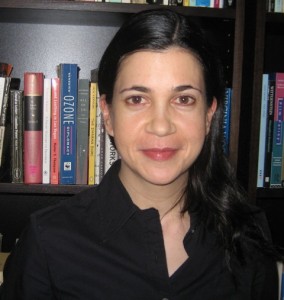 Dr. Anna-Lisa Cohen is Assistant Professor of Psychology at Yeshiva University. She is a cognitive psychologist whose research is guided by an interest in the influence that future goals and intentions have on behavior. She also conducts research on episodic future thinking, which is defined as the ability to mentally simulate specific personal episodes that may potentially occur in the future. Other interests include theory of mind, decision making, subjective well-being, and nonconscious goal pursuits.

2. What is your favorite aspect of your job at YU?
Having taught at a number of different universities, I would say that my favorite aspect of my job at YU is the students! I love the small class size because I have a chance to really interact with my students. I also find that the overall ability of the students is higher, on average, relative to students at other universities, which makes teaching a pleasure.

3. What profession other than your own would you like to attempt?
I truly love my job so I am lucky to be doing what I ultimately always wanted to do. However, if I was not a professor, I think that I might try writing fiction, specifically, a screenplay for film.

5. What would your current and former YU students be surprised to learn about you?
Before deciding to pursue academia, I studied ballet intensively and performed professionally for a few years.