In an example that uniquely embodies the image of today’s multi-tasking, type-A modern woman, a story broke last year in which a pregnant woman taking her LSAT exam continued through the end of the test – despite the fact that she was in active labor. Before that woman made the news, however, there was Dr. Nava Fruchter Cohen, a Stern College for Women graduate, who was taking her practical boards in her final year of dental school while four days overdue with her second child. 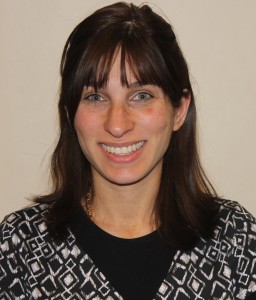 “I was anxious that I wouldn’t be able to take the boards, knowing that if you didn’t show up, you automatically failed,” she explained. “As a precaution, I brought my husband with me to school that day in case I went into labor during the exam.” Sure enough, her contractions began toward the end of the test – but Cohen persevered and finished her exam before allowing her husband to escort her to the hospital. Her baby was born four hours later, and she passed her boards with flying colors.

This feat is not unusual when one considers Cohen’s impressive background. As a Stern College student, the Brooklyn native ably juggled her pre-dental studies, a Judaic Studies major and Biology minor, and played intramural basketball.

“I had the best time at Stern and absolutely loved my experience there,” says Cohen, who counts playing basketball and time spent in the beis medrash (study hall) among her fondest memories as a student. “I roomed with the same women all through college, and they remain my closest friends to this day. I got a very solid secular education while taking amazing Judaic courses, in an environment in which I was comfortable.” She was also continuing a family tradition: her father and five siblings all attended YU colleges. (Her younger sister, Shoshana Fruchter Samuels ’07S, was profiled here.

The summer before her senior year at Stern, Cohen met Ariel, the man who would become her husband, and following her graduation, they married and moved to Queens. Cohen began studying at Stony Brook School of Dental Medicine on Long Island. Though she had two young children by the time she graduated in 2005, she still graduated among the top of her class.

Cohen said, “I can’t sugarcoat it for anyone – it’s obviously very difficult to balance graduate school, marriage and motherhood at the same time. I was able to do it because I had amazing help from both my in-laws and my parents, plus a really supportive husband. Both spouses have to be realistic and on the same page for something that demands so much time, or it can become a huge stress on the relationship.”

Cohen also said she slept on the road when she wasn’t driving carpool to Stony Brook, and became very good at staying up late and cramming for tests.

“While it’s certainly hard to be a student in graduate school and have young children at the same time, as a general rule it’s probably easier than delaying graduate school until your kids are a little older,” Cohen advised current YU students. “Babies have a lot of physical needs that can be met by a grandparent or a baby-sitter, but when they’re older, they have more emotional needs, and talking to a nanny when they want their parent just isn’t going to cut it.”

Cohen praises dentistry as a career that can accommodate a part-time work schedule, despite the demanding prerequisites it requires. “My goal was always to work part-time because I knew I wanted to be there for my family as much as possible,” she said. “Many dentists are fortunate to be able to make their own hours and really dictate when they work, since there’s enough work out there.”

Furthermore, for students interested in making aliyah one day, dentistry skills can be easily and practically transferred to Israel. Cohen and her family moved to Israel for two years following her residency, and Cohen had no problem finding work after obtaining a license to practice there.

Currently, Cohen works for a few different dental practices, and specializes in endodontics, which deals with root canals and other treatments for tooth decay or injury. She lives in Passaic, NJ, with Ariel, a rebbe at Manhattan Day School, and their children, Yehuda, 10, Yissochar, 8, Chava, 5, Shlomo Ozer, 3, and Ahuva, 2 months.