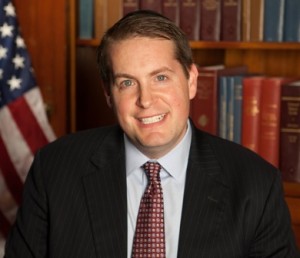 When Nick Muzin ’97YC, ’01E was growing up in Toronto, few Canadians attended Yeshiva University. But after learning about YU from Admissions Director Michael Kranzler when he went to recruit in Toronto, Muzin decided the opportunity to combine a top-rate college education with Yeshiva learning, in New York City, was just too good to pass up. He had attended Jewish day school and then Ner Israel Yeshiva High School, after which he studied at the Talmudical Yeshiva of Philadelphia, and his parents encouraged him to continue his Jewish education at YU.

At Yeshiva College, Muzin’s focus was on pre-med, but many of the classes he found most compelling were in the humanities. “I was especially close with the late Rabbi Walter Wurzburger z”l, with whom I took multiple courses in philosophy,” said Muzin. “I also enjoyed Bible with Dr. Moshe Bernstein, constitutional law with Dr. Michael Hecht and intellectual history with Rabbi Shalom Carmy.” He also fondly remembers the shiurim [lectures] he attended with rebbeim such as Rabbi Herschel Shachter and Rabbi Moshe Tendler.

Muzin also took advantage of the many extracurricular opportunities at YU, including serving as editor in chief of The Commentator, which he said was great fun and good preparation for his job today, which involves dealing with the media. He also founded the Community Literacy Club, in which students served as tutors in a local elementary school.

After graduating, Muzin pursued his interest in medicine at YU’s Albert Einstein College of Medicine, where he received a full four-year scholarship; however, he soon discovered he had another interest. “When I started working in hospitals such as Montefiore Medical Center in the Bronx, I saw firsthand many of the challenges facing physicians and patients, and started to think about how these might be addressed at the public policy level,” he said. “I always had a passion for politics and figured that as a physician, I had a lot to contribute to this discussion.” Following a year as an internal medicine intern and getting certified as a physician, Muzin decided to attend Yale Law School.

After Muzin married Andrea Zucker, they spent a few years living in Charleston, SC. It was there that he met Tim Scott, the first black Republican elected to the state legislature in South Carolina since Reconstruction, and, according to Muzin, a man of tremendous charisma and political talent. They became friends and Muzin, together with others, helped convince Scott to run for Congress, serving as his policy director and deputy campaign manager.

When Scott won—defeating the son of the legendary Senator Strom Thurmond in the primary—Muzin moved to Washington, D.C., to serve as chief of staff. They also founded a PAC together with the goal of broadening their efforts and helping Republican candidates around the country. The PAC played a role in over 100 congressional and Senate races around the country, including the Romney campaign.

“Tim and I are aligned on the policy issues that are most important to us—Israel, health care and tax reform,” said Muzin. “He is a good friend, and we trust each other, something that is difficult to find in Washington.”

But being an Orthodox Jew on the Hill is not easy. “Of all the jobs I’ve had, politics is the one in which it is most challenging to be frum [Orthodox],” said Muzin. “Saturday is the busiest day of the week for campaign activities, and Friday night votes in Congress are not unusual. In addition, much of the culture and lifestyle on Capitol Hill—which idolizes power—is antithetical to a Torah perspective.”

As an evangelical Christian, Scott has great respect for Judaism, making sure Muzin gets out of the office in time for Shabbat and that he has kosher food to eat when they travel. “He even makes sure I keep up with Daf Yomi, asking me after a particularly long day on the campaign trail, ‘Did you read your page today?’”

For Muzin, the sacrifices are worthwhile, because politics offers an unmatched opportunity to do good—whether it’s for individuals who need help with the federal government or in advancing policies that strengthen America. Muzin is proud to say that his office played a lead role in securing foreign aid funding for Israel, including for the Iron Dome missile shield, and in passing economic sanctions on Iran.

The end of 2012 saw promotions for both Scott and Muzin. Scott was appointed to the U.S. Senate by South Carolina Governor Nikki Haley, filling the vacancy left by the retirement of Senator Jim DeMint. Muzin’s work was recognized by Republican congressional leadership, who named him director of strategy and coalitions for the 113th Congress. In his new role, Muzin will oversee communications and outreach for all 234 Republican members of Congress. Scott and Muzin continue to work together through their PAC and other national political activities.

Last year, Muzin reconnected with YU and hosted an alumni reception in his home in Silver Spring, MD, where he lives with his wife and their three children: Stella, age 5; Daisy Fay, 3; and Jerry, 1. He davens [prays] at the Yeshiva of Greater Washington, and he and his family are members of Kemp Mill Synagogue.

He and Andrea also attended the YU ChampionsGate conference this past summer. “It was a great opportunity to catch up with friends, relive the YU experience through the shiurim and ruach [spirit], and get a sense of the challenges facing Modern Orthodoxy and how YU is meeting those challenges,” he said.

Last fall, Muzin joined the Yeshiva College Board of Overseers. “I have a lot of hakaras hatov [gratitude] to YU, having benefited from scholarships both as an undergraduate and while in medical school,” he said. “I loved my time there and hope my children will attend one day. But more important, I think that YU embodies who I am—a Torah Jew who is trying to make an impact in the modern world. I hope that by joining the board I can help influence the direction of the school so that other students will have the opportunities I had.”

Of his time at YU, Muzin said it is hard to fully appreciate YU while you are there as a student, because you are so busy all the time—studying for an exam, running to shiurim or catching a shuttle to Stern College for a date. But he praises YU students, saying, “I don’t think you can find a more accomplished or finer group of peers than the students at YU. No place I have been since can really compare.”

He advises current students to take in as much as they can. “The Gemarah in Brachos (5b) teaches that ‘Lo Kol Adam Zocheh LeShnei Shulchanos’—‘Not every person merits to eat from two tables’—the table of the material world and the table of the spiritual world. The students at YU are privileged to feast from both.”