Alumni Across the Country Network and Keep In Touch with YU From an Idle Summer Day, a Neighborhood Tradition Grows

Yeshiva University has an exceptionally high legacy rate – estimated at around 60% — and that statistic is always apparent at class reunions. This year, among the classes of 1963, 1973, and 1988, there are several legacies celebrating their 25th, 40th, and 50th reunions. The various relationships include parents and children as well as those with children or grandchildren who will graduate in 2013. One special YU family celebrating this year includes Hermine Diament ’63S and Nathan Diament ’88YC. 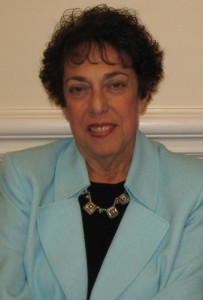 Hermine grew up in Baltimore, Maryland, and was one of few women who majored in physics and math at Stern College. She chose Stern for its promise of a good education in both Judaic and secular studies.

“I made wonderful friends at Stern and formed lifelong friendships there,” said Hermine. “I also found a mentor in Esther Zuroff, the former Director of Student Services at Stern, who showed such concern for each student and was very helpful whenever we needed guidance.”

After graduating Stern, Hermine attended the Belfer Graduate School of Science (which formerly offered a Master’s degree in Mathematics), and began a career as a math teacher and as a designer of computer software. She has also worked in accounting and management.

Married to Rabbi Louis Diament, they have three children: Nathan, Ann ’93S, a freelance illustrator and author of children’s books (and Marc Koffsky ’91YC, a patent attorney); and Judah ’96YC, ’04RE, senior software engineer at IBM and president of The Torah Web Foundation (and Sarah Wolinsky ’96S, author of Talking to your Children about Intimacy: A Guide for Orthodox Jewish Parents); and several grandchildren. She and her husband live in West Hempstead, NY.

Through the years, Hermine has remained on the pulse of YU, serving on the former Stern College Alumnae Board and participating in past class reunions. “I’m eager to see my former classmates at this year’s Reunion,” she said. 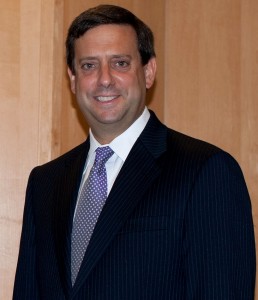 Nathan chose to attend YC because, much like his mother, he felt it held a great opportunity for both serious Torah learning and general studies.

“Some of my fondest memories at YU include the great friends I made and the endless dorm room discussion about anything and everything,” recalled Nathan. “I also enjoyed the Saturday night basketball games in the Max Stern Athletic Center, which was built that year, and midnight TV watching on the area outside of Morg. That was done pre-iPads and Netflix, so we had to run an actual string of extension cords out the door to bring out a real TV and VCR.”

Nathan continued shooting hoops at Harvard Law School (HLS) following his graduation from YC and a post-college year studying at YU’s Gruss Kollel in Jerusalem. One of his fellow basketball players at Harvard was none other than fellow law student Barack Obama.

Before being recruited by the OU, Nathan worked as a lawyer and clerked for Judge I. Leo Glasser at the Federal District Court in Brooklyn, and in private practice in Manhattan.

Nathan has always kept in touch with YU, as he is a close friend of President Richard M. Joel for more than thirty years. “Because of my work on behalf of the Jewish community, I am also in touch with other key YU professionals such as Rabbi Kenneth Brander and Dr. Scott Goldberg,” said Diament. “I’ve also enjoyed attending the CJF ChampionsGate conference the past few summers, as well as the Orthodox Forum conferences, and I taught at Stern College as an adjunct professor in 2011.”

For students who aspire to enter politics, Nathan tells them: “Despite what you might read in the newspapers, politics is an honorable enterprise. It is, in the best sense, “applied philosophy” — where people work to make the world better and advance values in real ways. It is a profession for dedicated and passionate people.”

Nathan is married to Elizabeth, an educator at the National Gallery of Art. They have four children: Amalia, 16, Amitai, 14, Ezra, 11, and Josh, 7.