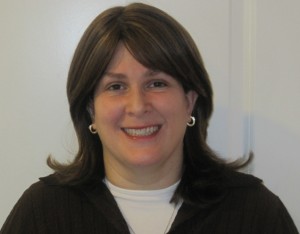 Facebook CEO Sheryl Sandberg’s book, Lean In, recently reinvigorated the national discussion on the work-life balance and women in professional leadership positions. Miriam Weiner ’92S, ’96C knows a lot about those challenges: after receiving a JD from YU’s Benjamin N. Cardozo School of Law and a Master of Public Administration degree from New York University’s Robert F. Wagner Graduate School of Public Service, she went to work at the Conference of Jewish Material Claims Against Germany (more commonly known as the Claims Conference), where she is the director of allocations. She is also a mother to four young children. One of Weiner’s best models for balancing numerous professional and personal responsibilities is a woman who inspires many students and alumni of Yeshiva University’s Stern College for Women: Dr. Karen Bacon, the Dr. Monique C. Katz Dean of Stern—who also happens to be Weiner’s own mother.

“Some people might think that with my mother being the dean, I would have run in the other direction from Stern,” said Weiner. “But in fact, it was just the opposite. YU’s value system permeated my home life and is the value system I still have today. I was eager to attend Stern and immerse myself in the ideals my parents worked so hard to instill in me. It wasn’t just the place where my mom works; it was a place where I could continue my passion for Jewish studies and receive a great liberal arts education in an environment that supports a Torah lifestyle.”

She made the most of her years at Stern. “I loved my time at Stern and wished I had more time on campus to take all the amazing courses that were offered,” said Weiner, who majored in Judaic studies and minored in political science. “It’s nerdy to admit it, but when the course catalog came out, it was so exciting for me and I would pore over it for hours, trying to fit all the classes I wanted to take into my schedule. If being a professional student was a job, I would have done it.”

Weiner said there were many wonderful teachers, but Rabbi Moshe Kahn, an instructor in Jewish studies, was perhaps her favorite. “Rabbi Kahn was consistently challenging, fascinating and supportive of the students,” recalled Weiner.

After graduating from Stern, Weiner decided to spend a year in Israel to figure out her career plan, studying at both Hebrew University and Midreshet Lindenbaum. She also interned with a correspondent for U.S. News & World Report, and still interested in pursuing political science, she applied to law school. However, a cousin who was organizing a Pesach program in Kyrgyzstan, a country in Central Asia, invited her to come along as a counselor, and that trip, she says, became a turning point for her.

“It’s cliché, but the 10 days I spent reaching out to the Jews in Kyrgyzstan, who were so cut off from the greater Jewish community and thirsty to learn more about Judaism, showed me for the first time the real impact one person could have on the lives of others,” said Weiner. “It changed my whole career direction.”

Though Weiner was interested in pursuing nonprofit work to help better society, her parents convinced her to attend law school. They assured her it would offer her many professional possibilities. While at Cardozo, Weiner was already thinking she would use the degree for something else. She began the MPA program at NYU’s Wagner Graduate School of Public Service during her final year at Cardozo and, within four years, received a JD and an MPA.

Weiner immediately found a position with the Claims Conference, though she wasn’t very familiar with the organization or its work. “I saw that Rabbi Israel Miller, formerly a senior vice president at YU, served as president of the Conference, and I knew him personally to be a man of great integrity,” she said. “I was confident that the organization must be invaluable to the Jewish community and greater society.”

Fifteen years later, Weiner serves as the Claims Conference’s director of allocations. Her department functions as a foundation, advising on how more than $300 million annually should be spent and budgeted for the many organizations and social service agencies that exist to meet the needs of Holocaust survivors, as well as programs that work to preserve the memory and lessons of the Holocaust.

“We fund programs in over 40 countries around the world, and we are in constant communication with our partner agencies to help them plan and implement high-level social services,” said Weiner. “People don’t realize that although the number of Holocaust survivors is diminishing, the social service needs for home care, food, medicine and more for those remaining are only growing. We try to help the agencies balance these needs in the most equitable way possible.”

As the manager of a growing staff, Weiner says the only thing typical about her workday is how much work there is, and how little time there is to do it. “If I only answered emails all day, I would still be behind,” she said. “We also have offices in Germany and Israel, and even a small satellite office in Austria, so even when I’m done working for the day, other staff members are just getting in and sending me emails.”

After she became a mother, Weiner scaled back the significant time she spent traveling, delegating that to other staffers, and also arranged to leave the office at 3 p.m., so she could make it home for her children after their school day. “I am fortunate to have a great deal of flexibility, but that also comes at a sacrifice,” Weiner said. After carpooling, dinner and spending time with her children, Weiner resumes working in her home office. “I have little free time. I am that stereotypical crazy person attached to her phone, checking emails and answering calls at 1 a.m. That’s just the nature of my job.”

Weiner said she had no idea how hard it was to be a working mother. “I had assumed it was easy because my mother, who was a busy college professor and then a dean, was always there for me and my siblings, and she made it look so effortless. But for me, it’s a huge challenge to balance everything,” she said. “People need to be realistic and realize that you can’t hold a busy, high-level position without significant support from your spouse, both emotionally and in terms of physically being there for the children when you can’t.”

Despite all the stress and little sleep, Weiner derives incredible satisfaction and meaning from her work on behalf of elderly survivors. “Since that Pesach in Kyrgyzstan, I’ve devoted my career to helping improve other people’s lives,” she said. “My organization doesn’t feel like a big bureaucracy, because we see that the work that we do has a direct, positive impact on survivors.”

Weiner is married to Mayer, a learning disability specialist at a school in Manhattan, and is a mother to Avraham, 11; Elisheva, 9; Sara, 7; and Aharon, 4. The Weiner family lives in Clifton, NJ.