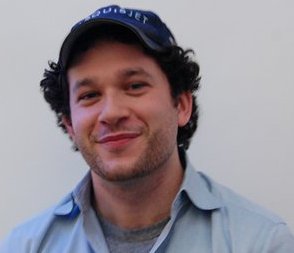 He’s been published in the New York Observer, VentureBeat, and Forbes. Business Insider named him one of the “Top 20 Under 25” in the New York-area technology scene. And he works with early-stage companies and startups, advising them on best practices.

Alex Taub, a 2009 Yeshiva College graduate, wears many hats, both figuratively – balancing jobs as the head of business development and partnerships at Dwolla, an Iowa-based startup, and as a prolific contributing writer for Forbes as well as his own blog, Alexstechthoughts.com – and literally: he can usually be found wearing a rotating series of baseball caps.

The former economics major says he always knew he wanted to go into business. “I felt becoming an economics major and attending YC over Syms would give me the most options in post-YU life,” he explains. While balancing a dual course load, Taub interned at UBS in private wealth management, Credit Suisse in the Leveraged Finance group, and Viacom in the MTV Networks new business development group. “I enjoyed all three internships, but they all helped me understand what I didn’t want to do when I graduated,” says Taub.

In his junior year, Taub co-founded a company with two classmates whose aim was to put kiosk machines in airports with pre-downloaded content that people could purchase and put on their devices in mere seconds, rather than wait the couple of hours it used to take to download a television show or movie on iTunes. “We raised a little seed funding and took a shot at the opportunity, and while it didn’t work out, we learned a lot of valuable lessons about building a company,” Taub recalls. “Another upside to all of it was that I met people in the New York tech scene and made some important contacts.”

Two of those contacts were Israeli founders of a startup called Media/And, which attempted to monetize online video content by linking commerce and information to the video in a non-disruptive way. “I ended up working for the company my entire senior year and the first year after I graduated,” says Taub. “During that time, the company raised $1 million in venture funding from a slew of investors, including participation from Benchmark Capital in Israel.” (Michael Eisenberg, a former general partner at Benchmark, will be speaking at YU tonight as part of a Sy Syms School of Business Leading with Meaning Initiative event.)

Following his position at Media/And, Taub joined a company called Aviary (founded by Avi Muchnick ’97YUHS, ’04C), a website for photo and audio editing tools that was backed by Jeff Bezos, the founder and CEO of Amazon, and Reid Hoffman, the founder of LinkedIn.

“I joined Aviary because I wanted to learn how to build a successful destination website. Little did I know that three months after I joined, we would be pivoting the business into the B2B2C (business to business to consumer) space by building a web and mobile platform for companies to grab photo editing features and plug them into their product,” explains Taub. “This was a big bet for the company, but panned out as we ended up partnering with companies such as Flickr, Walgreens, Photobucket, Twitter, Box and Squarespace. I led a bunch of the early deals and became ingrained in the New York tech scene. By the time I left, Aviary had 6 million monthly active users and today, a year and half later, it has 64 million monthly active users.”

In April 2012, Taub joined Dwolla, which is building a 21st-century payment network that is safe, secure, and inexpensive, heading business development and partnerships. “Dwolla has already been a big hit with merchants and nonprofits looking to save the money spent on credit card fees,” says Taub. “I’m excited about its future, and I’d like to be at Dwolla long enough to really see the company through and see it used by people as much as they use Visa and MasterCard.”

Most laymen would be hard-pressed to easily explain what business development actually is, but Taub says it really involves three things: doing everything possible to help grow the business side of a company, which could be anything from marketing, selling, distributing and promoting the business through innovative methods; building and maintaining relationships with people in the industry; and the last, perhaps most important piece, to find a point of transaction and repeat it as often as possible.

“In a sense, business development is a precursor to sales,” says Taub. “A good business development employee will close a few deals in a specific vertical and then hire and build a sales team around that vertical and scale it up. For example, we found that religious organizations hate credit card fees, and Dwolla is the obvious solution as we let these organizations keep more of their money. We have a bunch of religious organizations using Dwolla, have built all the education materials they can use to educate their members, and are now putting together sales teams to go out and take the religious vertical to the next level.”

For current students hoping to work in business development, Taub advises a combined approach of research and networking. “Figure out what specific industry excites you, whether it’s payments, photos, video, social, local, education, advertising, or healthcare, and then figure out who the top 10 upcoming companies are in that industry,” he says. “Read everything that the people in the industry read, so you can know what the leaders are reading and thinking about, and then start networking. The NY tech scene has a million events a night and with your research and reading, you’ll have the knowledge to be there and carry a meaningful conversation. With this approach, you should be able to break into the field in no time.”

Taub lives on the Upper West Side of Manhattan with his wife, Liz.