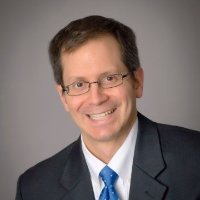 Akiva Covitz is the Executive Director for Strategy of YU Global. He holds advanced degrees in political science from the University of Pennsylvania and law from Yale Law School. Covitz served as a tenure-track professor of political science, prior to being appointed associate dean at Harvard Law School, where he worked directly for then Dean Elena Kagan, and where he was also appointed to the Harvard Law School faculty. He has more than ten years experience as a university administrator, and, most recently, helped lead two global educational technology start-ups.

Covitz’s excellence in teaching has been recognized throughout his career.  He is the recipient of numerous teaching awards, including national awards.  He was named a top-rated teacher at Harvard, and Faculty Member of the Year at the University of Richmond.  He is also the recipient of the Dean’s Award for Distinguished Teaching at the University of Pennsylvania. He is currently teaching a course at Yeshiva College called “Courts and Social Change.”

I am a professor by training.  While I continued to teach, I was invited early on in my career to move into administration.  I spent most of my career as associate dean at Harvard Law School.  I left Harvard to become vice president of edX, an online learning company co-founded by Harvard and MIT.

I love working with the deeply caring and warm people across the entire university.  Working at a Jewish institution is truly amazing.

I would actually love to be a commercial airline pilot.

I hope to make educational opportunities available to those who would otherwise not have access to them.  As a teacher at Yeshiva College, my goal in that class and in all my teaching is to empower my students.  With all of my courses, the entire class builds toward a capstone project or paper that empowers students to decide for themselves the answer to a very complex question.  As I have seen over some 20 years of teaching, the knowledge that they can wrestle with a very complex issue and then make a decision for themselves as to how it can be addressed creates a confidence that is emboldening.

I assumed that upon moving to the New York City area, I would have to become a “Marrano” Red Sox fan, but I’ve been excited to see lots of Red Sox hats around