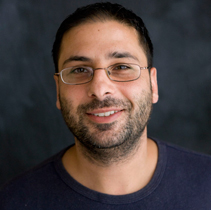 Dr. Ariel Malka, associate professor of Psychology at Yeshiva College, was recently granted tenure. He graduated with a BA from the University of Rochester, with an MA and PhD from the University of California, Berkeley. He is a social/personality psychologist who studies political psychology and public opinion. Most of his research focuses on the contextual and psychological underpinnings of political attitudes.

1. What did you do before you joined YU as a faculty member?

I was a postdoctoral researcher at Stanford University in the Institute for Research in the Social Sciences. I joined the Yeshiva College faculty in 2009.

2. What is your favorite aspect of your job at YU?

It’s a tie between analyzing data for my research and supervising students in conducting research.

3. What profession other than your own would you like to attempt?

I’d probably pursue some type of applied social science, such as marketing or advertising research.

My goal as a psychologist is to make valid and useful inferences about certain aspects of human nature, which is a lot harder than it sounds. My goal as a teacher is to nurture in students a drive and ability to think about social matters in a rigorous and well-informed way.

5. What would your current and former YU students be surprised to learn about you?

I played the role of Dancing Rabbi in a short film from 2002 titled Minute Matrimony. I believe I appear in the film for a fraction of a second.