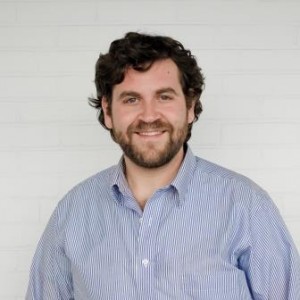 When Yoel Kelman graduated from Yeshiva University’s Sy Syms School of Business in 2006, he felt he was well-prepared for a career in finance, business and accounting. But his passions would eventually take him in a different direction: energy efficiency.

Kelman, who grew up in Baltimore, Maryland, came to Sy Syms as an early admissions student because he wanted to get a head start on college while furthering his Torah learning and knowledge of Judaic studies. As an accounting major, he felt the education he received was first-rate. “Professors Martin Leibowitz, Joel Hochman and Robert Greenberg were incredible,” Kelman said. “I took them multiple semesters and they were phenomenal teachers—all very demanding, but they communicated the information well. I walked away having learned a ton, which became very clear when I took the CPA exam and found that 95 percent of the material was review. Syms really prepared me for the professional challenges that would come and the education was stellar from an accounting perspective.”

When an internship in a group led by a YU alum at a financial consulting firm led to a full-time job offer in his senior year, Kelman jumped at the opportunity. Yoel worked for four years on mergers and acquisitions and valuation consulting before moving to Israel as a liaison with the firm’s Israeli partner company. But Kelman wanted to do more. He began applying to business schools and was accepted to the Massachusetts Institute of Technology’s Sloan Business School—but he deferred attendance for a year to become an Israeli citizen and serve in the army. However, things didn’t work out quite the way he’d planned.

“Eight weeks before I got drafted, I fell off my bike and needed shoulder surgery,” he said. After that, he wasn’t eligible to serve, and Kelman was back to square one. He spent the year working in finance and operations at an online advertising startup in Tel Aviv before returning to the States to attend MIT. By that time, he was growing restless in both the finance and advertising arenas.

“I wanted to do something that I thought would have a positive impact on the world, and I didn’t feel like what I had been doing before was the way to go about it,” Kelman said. “I was fascinated by alternative energy. I think promoting the growth of energy efficiency improves our world and makes it a better place for our children.”

Kelman found his opportunity to do just that through a chance encounter with a classmate in a public speaking course at MIT. His fellow student, an engineer who had previously worked on advanced radar systems, expressed frustration that he had better control over the thermal temperature of a radar than he did over the different rooms in his own home. The student’s solution was to create an intelligent home zoning system that would deliver complete room-by-room climate control through easy-to-install, self-configuring sensors and vents. Intrigued, Kelman suggested the two take a course on business plan-writing together and work to bring the idea to fruition.

Three years later, their company—Ecovent—has raised more than $10 million dollars and just began shipping its first pre-ordered systems. For Kelman, who serves as Ecovent’s COO and co-founder, getting the idea off the ground has been a rewarding and exhausting experience. “Starting your own business is really hard,” he said. “You have to be really committed to it and believe in what you’re doing. It’s not a quick ticket to being rich, but if you love what you’re doing it’s worth it.”

Now living in Brookline, MA, Kelman celebrated another big commitment this November when he married his wife, Sara. He’s excited about the future and appreciative of how his past—and the role YU has played in his life—helped shape it. “YU gave me a very unique and valuable college experience, a great professional education that set me for career success, and a great group of friends who I’m still close with today,” said Kelman.