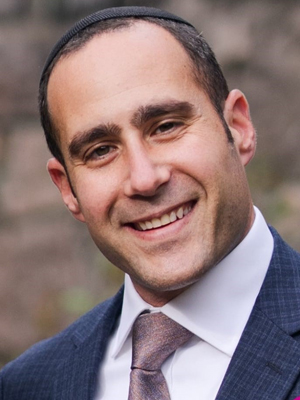 Tzachi Rosman ’03YC is a longtime Lego fan who has found a way to marry together his love of the bricks, his faith and his family by publishing Let My People Go! A Brick Lego Haggadah Companion. (See the other haggadot created by people at YU this season.)

We caught with Tzachi to find out more about this unusual and entertaining publication.

Tell us a little about yourself.

I grew up in Hillcrest, Queens, and attended yeshiva day school. For high school, I attended Yeshiva High School for Boys/MTA and enrolled in Yeshiva College after spending 2 years at Yeshivat Shaalvim in Israel. At YC, I majored in psychology and, upon graduation, chose to pursue a doctorate in clinical psychology at Immaculata University in Pennsylvania.

During graduate school, I was fortunate to meet why wife, Yael  (valedictorian of Stern College for Women in 2004), and we chose to live in Bala Cynwyd, Pennsylvania, while I completed my studies and she enrolled in nursing school.

Fast forwarding to the current day, we now live in Teaneck, New Jersey, and have four children, the oldest of whom is a freshman at MTA. I have worked for the past 13 years as a psychologist for the Department of Veteran Affairs (VA) treating veterans dealing with issues related to military-based trauma and addiction. I also have a private practice in Teaneck.

During the pandemic, I began to write articles on various mental health related issues which were published on Aish, the Jewish Link of NJ, and on The Times of Israel. I love building with Lego bricks and collecting minifigures, independent of my kids’ interest in either.

My most valued roles are those of father, son and sibling, and I work hard to prioritize my family and extended family in my life decisions.

What inspired you to write this haggadah?

I’ve always loved Lego. While I am not a huge fan of building “sets,” I do enjoy creating my own designs.

Since having kids, I take my role as a parent at the seder very seriously. I feel a responsibility to make the night one during which the children are engaged and feel a part of “the action.”

In 2015, when my son was seven years old, I began building Lego scenes based on the Haggadah. He was very into Lego at the time, and I wanted to make the seder engaging and exciting for him and my other children. We were in the mall, and I bought a bunch of random LEgo pieces with the plan of working with my kids (then aged 7, 5 and 3) to build a kriyat yam suf [splitting of the Red Sea] scene with their help and input.

While the collaboration only lasted a short while, I finished the scene and displayed it at my seder. The kids enjoyed moving the minifigures around and shared their thoughts about the different elements depicted. This equaled a success, in my book.

Every subsequent year, I updated the scenes and added new ones, which I would photograph and print as a photobook. Last year, the photobook was very well received, and I was encouraged by friends and family to publish a haggadah. Since Lego has had a recent surge of popularity, now seemed like a good time to go ahead with the project. When I was contacted by Mosaica Press about publishing a book on mental health, I decided to pursue this hagagdah companion with them, instead.

How do you hope this haggadah will enhance the Pesach experience?

Pesach is all about passing down traditions from one generation to another. Specifically on the seder night, there is an emphasis on inculcating foundations of emunah [faith] to the children in attendance. This can be done in various ways, and the haggadah format allows for the use of the story of the Jews in Mitzrayim [Egypt] as a framework for imparting our beliefs.

My haggadah companion was structured in a way to follow the classic haggadah format, and I made a point to include details of the Jews’ experience in Mitzrayim in an effort to lay out the story in a manner that includes scenes that parents can use as a starting point for this discussion.

Also, I believe there is a parallel between building with Lego bricks and Jewish education. I am a firm believer in the benefits of experiential learning. There is no better time for experiential Jewish learning than the seder night. There is also no better product to be used for experiential learning than Lego bricks. They provide an opportunity for children (and adults) to use creativity to build whatever object or scene is desired. There is no wrong way to build, and the measure of success is simply the investment of the individual and the commitment to creativity. If one enters the seder night and the whole holiday of Pesach with this perspective, then there is no doubt that the traditions will pass down in a successful manner.

Finally, I am a firm believer, like many other Lego enthusiasts, in only using genuine Lego bricks. Aside from their superior quality and sturdiness, there is a uniformity about them, in that the brand name is generally located somewhere on the brick.

Similarly, education can only be successful when coming from a place of genuineness. Children know when their parents or educators are not “buying” what they are “selling.” Striving to be genuine in one’s transmission of Jewish tenets and values enhances the sturdiness of the foundational structure for Jewish living that we attend to lay the bricks for during the seder night.

Also, on a very simple level, the book’s illustrations are fun to look at and are meant to have a relatable and, at times, whimsical feel. Whether a child or adult reads the book, or the two together, I hope that it brings a level of joy to the holiday experience.

What is your favorite YU memory?

Truth is, my favorite YU memory happened this academic school year. My son started high school at MTA and became a huge Macs fan. I attended many basketball games with him and my daughter. Being in the electrifying atmosphere of the Max Stern Athletic Center really gave me a sense of YU pride. Being able to pass down my love of YU to the next generation was icing on the cake!

Where can people purchase your hagaddah?

My haggadah companion is being distributed by Feldheim and is being sold at many Judaica stores throughout the US and Israel. While it is sold out by many online sellers, at the time of this interview, it is still available at Eichlers and Z. Berman Books. 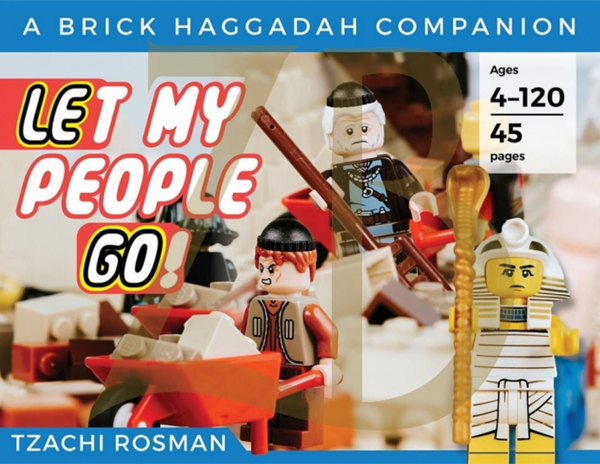