Otteson to Discuss Political Freedom at University of North Dakota

Political freedom lies at the core of any democracy. Yet some people claim that even countries like America and England aren’t free enough. What does a free society look like and how much liberty is necessary for the moral life? What is the role of government, how big should it be, and what happens when individual interests clash? Join WHY?’s guest James Otteson as he examines these questions, talks about Adam Smith, the father of free-market theory, and discusses his own account of political morality with its roots in the “classical liberal tradition” (the political tradition that has led to everything from the American Tea Party to libertarians who argue for gun rights and drug legalization). 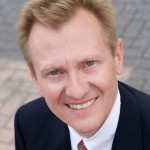 James Otteson is Professor of Philosophy and Economics at Yeshiva University and the Charles G. Koch Senior Fellow at the Fund for American Studies in Washington, DC. He is the recipient of both the Templeton Prize and Study of Spontaneous Order Prize, the author of the books Adam Smith, Adam Smith’s Marketplace of Life and Actual Ethics (both from Cambridge University Press), and the editor of several other works including Adam Smith: Selected Philosophical Writings.

WHY?’s host Jack Russell Weinstein says “Jim has a remarkable ability to do philosophy and politics at the same time. He’s a scholar with one foot in the real political debates of the time, and nothing can be more exciting given the political turmoil we see everywhere from the American Republican party to the streets of Cairo. Talking with Jim will be both challenging and fun.”

If you have a question you want to ask Jim in advance, send it to askwhy@und.edu