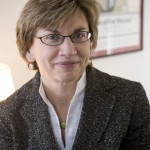 Linda Shires, professor of English and chair of the Stern College English department, received the Dean Karen Bacon Award for senior faculty members at the May 11 awards ceremony held at the Schottenstein Cultural Center. The donor-funded award is made annually in the dean’s name. Shires received the award in recognition of her work to strengthen the English Department, and for dedication in her role as mentor and scholar. She has received several awards from various universities and has been the recipient of two NEH Directorships of Summer Seminars held at Princeton. Her interests include 19th century British literature and culture, gender studies, narrative theory and representations of the Holocaust. She is also a prolific author, editor and a recipient of the Guggenheim Fellowship. 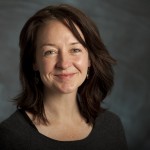 Ann Peters, assistant professor of English at Stern College for Women, received the Dean Karen Bacon Award for junior faculty members at the ceremony. Peters received the award in recognition of her work to strengthen the English Department, and for dedication in her role as mentor and scholar. Her main writing and teaching interest lies in mid- and late 20th-century American literature, the fiction of place, literary non-fiction and gender studies. Her dissertation, “Travelers in Residence: Women Writing New York at Mid-Century,” won the Adrienne Auslander Munich Prize for the Best Dissertation on Women’s Writing as well as the Harold M. Proshansky Fellowship for the Best Dissertation on the Study of Urban Change.