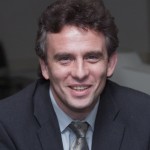 The US Department of Energy recently renewed the contract of Anatoly Frenkel, professor of physics at Stern College for Women, as coordinator of the Synchrotron Catalysis Consortium (SCC) for three years. Frenkel is a founding principal investigator (PI) of the Consortium, together with his partner in that position, Prof. Jingguang Chen from University of Delaware’s Chemical Engineering department. They received the first three-year grant in 2005; it was renewed in 2008 for an additional three years, and this third renewal is effective through 2014.

The purpose of the Consortium is to promote the utilization of synchrotron techniques to perform cutting-edge catalysis nano-science research under in-situ conditions. The SCC consists of PIs and co-PIs from academic, national and industrial laboratories who have extensive experience in the areas of catalysis, electrocatalysis, advanced materials and synchrotron spectroscopies. The SCC is sponsored by the US Department of Energy; Yeshiva University and University of Delaware are among the Consortium’s five founders.

The position comes with a grant of $1.140 million, of which $240,000 will go to Yeshiva University. This grant supports the nanoscience and nanocatalysis research in energy science. Its mission is to promote the utilization of synchrotron techniques, to develop new scientific methods to study nano-scale systems at work (for example, nanocatalysts that speed up chemical reactions) and to understand the mechanisms of reactivity of novel catalysts.

Frenkel will oversee the scientific activities of the Consortium staff and provide training through organizing workshops and conferences. He will also develop new instruments and applications for nanoscience research that best match the capabilities of the SCC.