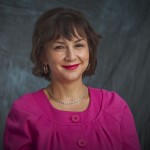 Vigodner’s studies focus on the characterization of the effect of tobacco smoke and other types of stress on male reproduction functions. Analyses showed that exposure of mice to tobacco smoke  induced an increased level of oxidative stress in testicular cells, and also revealed significant changes in differential expression of several genes. Results showed that tobacco-induced stress has a dramatic effect on sumoylation in male germ cells, even before other pathways are activated.

The studies have been supported by FAMRI for three years at $108,000/year. The renewal permits expansion of the  mouse studies by focusing on the role of sumoylation in human sperm and the effects of the tobacco-induced damage on SUMO-mediated sperm functions to better characterize the mechanism underlying such changes and their relationship to infertility, impaired fertilization and/or birth defects.