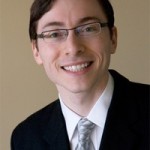 Rabbi Dr. Eliezer Schnall, clinical assistant professor of psychology at Yeshiva University, delivered a lecture titled “An overlooked minority: Recent assessments of the Orthodox Jewish community” at the 74th annual convention of the New York State Psychological Association. Held at the Roosevelt Hotel from June 3-5, 2011, the convention’s theme was “Psychology in a Global World: Research and Practice.”

Schnall’s presentation focused on the results of two large-scale national research projects recently completed by the author and relating to Orthodox Jews, a population heavily concentrated in New York. The first study was a 25-year follow-up investigation assessing intergenerational changes in mental health needs among Orthodox Jews, based on a survey of clinicians in this community. The second study focused on marriage among Orthodox Jews, examining levels of marital satisfaction and stressors. The two studies were considered together in order to present practical recommendations for future interventions, clarifying the role of psychologists in such endeavors.