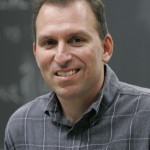 Daniel Laufer, associate professor of marketing, was interviewed by The Nikkei Business Daily about Crisis Management – with particular focus on crises in Japan – during the 4th Rikkyo University-Northeastern University International Business Studies Symposium in Tokyo on June 22-23, 2011. Titled “Developing Responsible Global Leaders,” the two-day conference addressed such issues as what constitutes competent and responsible global leadership and how it could be developed. It also involved academia and industry in exploring issues and challenges of global business to management, organization and leadership.

During the Nikkei interview, Laufer discussed product crises that are becoming increasingly common, including those at Toyota and Bausch & Lomb. He then proposed a framework for a crisis response strategy based on assessing the level of uncertainty avoidance and crisis severity which serve as an indicator of the urgency felt by consumers to assess blame, and examining consumer beliefs and information-processing biases to determine who consumers would most likely blame in order to resolve the uncertainty.

The Nikkei Group is one of the largest media groups in Japan.