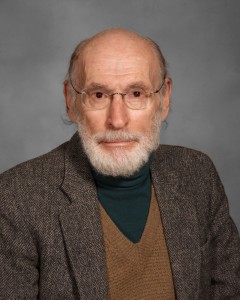 Dr. Manfred Weidhorn, Abraham S. and Irene Guterman Chair in English Literature at Yeshiva University, has recently published a series of works over this academic year.

They include “Is There An Afterlife—For Imaginary Persons?” in Otoliths’ Winter 2010 issue, “The Fall of 1941: A Meditation on History,” in September 2010’s Historically Speaking, “When Hitler and Churchill Thought Alike,” in Autumn 2010’s Finest Hour, “Shakespeare and Milton as Dissidents” in October 2010’s Quarterly Literary Review Singapore, “Lubricous Meaning (s),” in April 2011’s Quarterly Literary Review Singapore, and “The Political Reaction to Modernity,” in June 2011’s Journal of the Historical Society. He also published “The Originalists and the Constitution,” in The New York Times on January 16, 2011, and “Testing the Limits of Religion” in The Bergen Record on March 13, 2011.