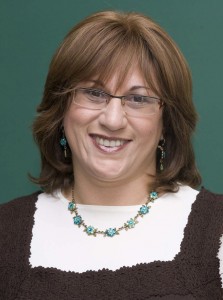 Dr. Michelle Levine, associate professor of Bible at Stern College for Women, presented an academic paper at the 43rd Annual Conference of the Association for Jewish Studies, held in Washington, D.C.’s Grand Hyatt on Dec. 18-20, 2011. Titled “Nahmanides’ Structural Analysis of the Pattern and Design of Biblical Narrative,” the paper applies the modern structuralist models of Vladimir Propp, Algirdas Greimas, and Claude Levi-Strauss to an analysis of Nahmanides’ commentary on biblical narrative to demonstrate his contribution to the analysis of the surface and deep structures in the field.

In addition, Levine published two articles. The first, “The Potency of Prayer,” was published in Mitokh Ha-Ohel: Essays on the Weekly Parashah from the Rabbis and Professors of Yeshiva University, edited by Daniel Feldman and Stuart Halpern (New York: Yeshiva University Press, 2010), and discusses the role of prayer in the narrative of Abraham and Sarah. Levine’s second article, “Yeshayahu’s Call to Prophecy and Ma’amud Har Sinai,” was published in Mitokh Ha-Ohel: The Haftarot (YU Press, 2011). This article discusses the prophet Isaiah’s divine vision of G-d’s throne and celestial entourage.