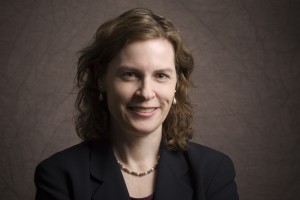 Susan Crawford, professor at Benjamin N. Cardozo School of Law, has been named to the inaugural Newsweek Daily Beast Digital Power Index, a collection of the 100 most significant players in 10 fields across the rapidly-expanding digital universe. The honorees have been nominated and voted for by their peers for outstanding performances in their individual digital fields.

A scholar who turns political heads, Crawford is a noted commentator on the intersection of law and tech. She has served as President Obama’s special assistant for science, technology and innovation policy, as well as a member of New York Mayor Michael Bloomberg’s Council on Technology and Innovation. As the founder of OneWebDay, an Internet celebration held annually on Sept. 22, Crawford hopes to explain arcane issues of tech policy to the average citizen.