Samu Participates in National Endowment of the Humanities Summer Institute 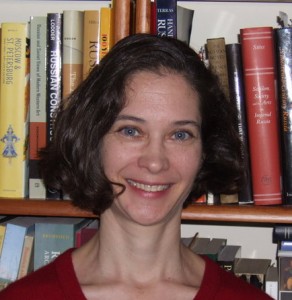 Dr. Margaret Samu, adjunct assistant professor of art history at Stern College, has been invited to participate in a three-week National Endowment of the Humanities Summer Institute, “America’s Russian-Speaking Immigrants and Refugees: Twentieth Century Migration and Memory,” at Columbia University.

The institute explores the particular characteristics, motivations, and experiences of the four waves of Russophone immigrants to America from the territories of the former Soviet Union. Participants interact with an array of master teachers, scholars, and community representatives of the last three waves of emigration to investigate in detail the core issues for these immigrant groups.

Samu’s work, a continuation of a project she began as a postdoctoral fellow at the Metropolitan Museum of Art, focuses on the art collection of Boris Bakhmeteff, who came to the United States in 1915 and was forced to remain after the Revolution of 1917. Best known for his work in politics, engineering, and business, Bakhmeteff formed an art collection that remains nearly intact at the Met. Samu examines his collection within the larger context of Russian immigration to shed new light on the cultural activities that helped immigrants preserve the memory of their lost homeland while allowing them to integrate into American culture.