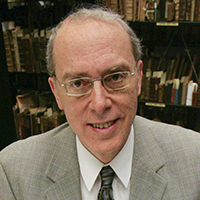 Dr. Richard Steiner, professor of Semitic languages and literature at YU’s Bernard Revel Graduate School of Jewish Studies, published an article about the Yom Kippur prayer “Kol Nidrei” in the most recent volume of Jewish Studies, An Internet Journal.

The article, “Kol Nidre: Past, Present and Future,” proposes a new solution to an internal contradiction within the prayer which has been debated since the time of Rabbeinu Tam and his father, Rabbi Meir ben Samuel of Ramerupt. Steiner revisits their discussion of the text, among many others, and conducts a thorough investigation into the language of Kol Nidrei before suggesting his own interpretation of its evolution.