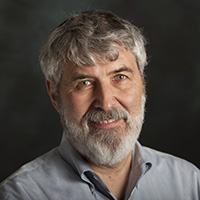 Dr. Joshua Bacon, associate professor of psychology and Chair of the Department of Psychology at YU’s Stern College for Women, is a recipient of the inaugural Grant for Multiple Sclerosis Innovation (GMSI), awarded by EMD Serono, Inc., a subsidiary of Merck KGaA, Darmstadt, Germany. Bacon will use the grant to support his research developing tests to detect speed-of-processing impairments in sub-clinical and early MS and developing a comprehensive cognitive rehabilitation program for patients with MS who also have cognitive impairments. The $1 million grant will be shared between Bacon and three other recipients.

The GMSI was launched in October 2012 at the 28th ECTRIMS Congress with the aim of improving the understanding of MS for the ultimate benefit of those living with the disease. Researchers from across the globe were invited to submit proposals describing promising translational research projects. More than 100 proposals were received.