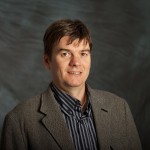 Dr. Emil Prodan, associate professor of physics at Stern College for Women, recently published an article that was selected as one of the 2014 highlights of the scientific journal Europhysics Letters.  The article, “Characterization of the quantized Hall insulator phase in the quantum critical regime,” was coauthored by Juntao Song of Hebei Normal University and will be prominently featured on the journal’s site. Additionally, Prodan recently co-published an article in the Physical Review of Letters titled, “Topological Criticality in the Chiral-Symmetric AIII Class at Strong Disorder.”