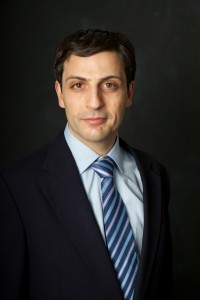 Dr. Neer Asherie, professor of physics and biology, has been awarded a $30,500 grant from the National Science Foundation for his role in organizing an international physics workshop that will take place in Lausanne, Switzerland, from June 22-24, 2015. Titled “The Physics of Protein Self-Assembly,” the workshop will bring together scientists from different aspects of colloidal and protein physics working on both experimental and computational models for self-assembly. Conversations around these themes will be facilitated by a mixture of talks, grouped by topics, and followed by an extended group discussion. Each group of talks will include both theory/computation and experiments, to ensure that synergies between the various communities emerge from the earliest stages of the workshop. Talks will be given by leaders in the field representing each of the areas of research described and also a small number of promising post-doctoral researchers who have already demonstrated capacity to have impact in the field.

“This achievement is made possible by the years of dedication that Neer has spent purifying and studying protein structure,” said Dr. Fredy Zypman, professor and co-chair of the physics department at YU.