Golden among Astronomers to Detect “Northern Lights” on Another World

Dr. Aaron Golden, research associate professor of mathematical sciences at Yeshiva University, is among a team of astronomers who have reported the direct detection of  the radiant display of colors in the night sky called “Aurora borealis” – otherwise known as “the Northern Lights” – on another world, according to an article published today in Nature.

Using the largest and most sophisticated optical and radio telescopes, the international team of researchers from the United States, the United Kingdom, Ireland, Germany, Russia, and Bulgaria confirmed the presence of aurora 10,000 times more powerful than what we experience on Earth above the polar regions of a brown dwarf known as LSR J1835+3259, located some 18 light years away in the constellation Lyra.

What makes this result so remarkable is that by conventional wisdom, brown dwarfs, which are only slightly larger than the planet Jupiter, should be inert objects with insufficient mass to support the kind of internal nuclear reactions that are responsible for these aurora. Consequently, they should barely glow in the night sky and have simply faded away as they radiated away the heat generated during their initial creation out of swirling clouds of gas and dust. 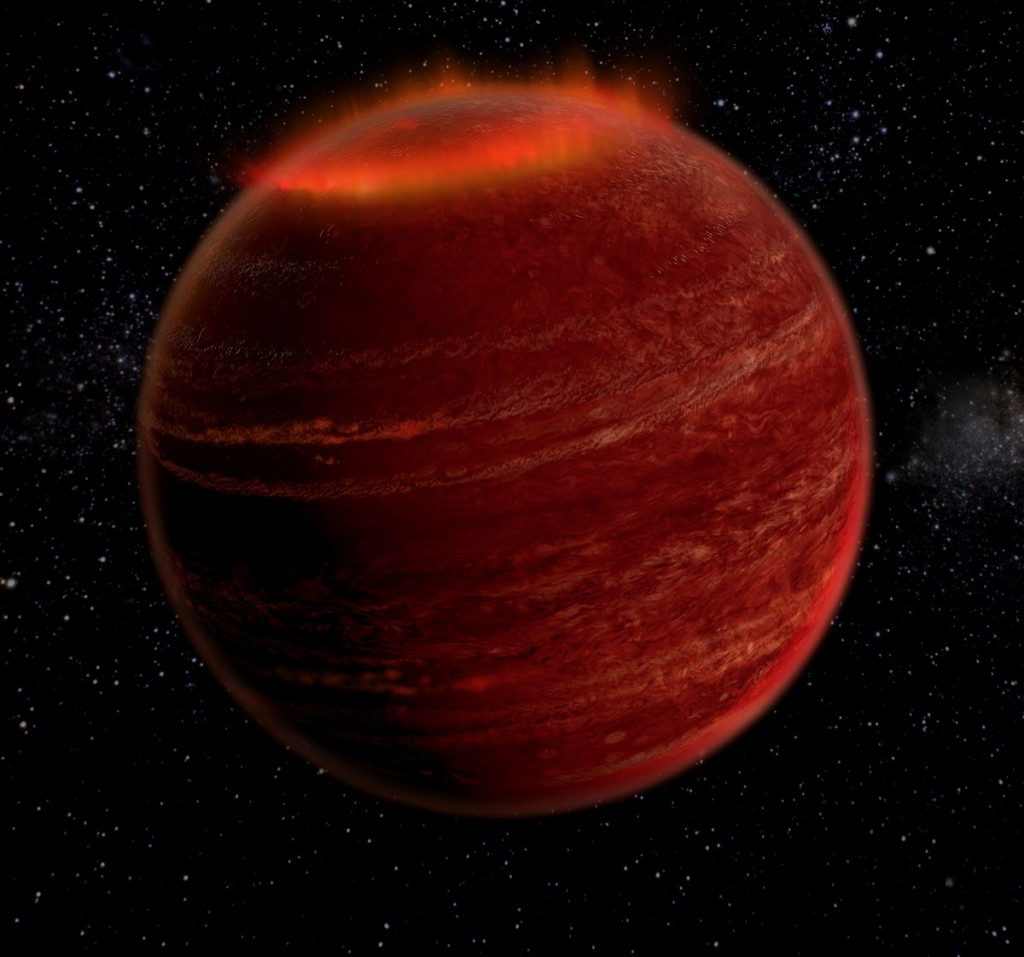 An artist’s concept of brilliant auroras on the brown dwarf LSR J1835+3259, a misfit failed star about 18.5 light-years from Earth. The auroras are the first ever detected beyond our own solar system.
Credit: Chuck Carter and Gregg Hallinan/Caltech

“The confirmation of these intense aurora on this stellar dead-end indicates that these objects can somehow generate and sustain incredibly powerful magnetic fields, far greater than those of the giant planets of our own solar system, and where coincidentally we can also observe similar aurora,” said Dr. Aaron Golden, a co-author on the article, titled “Magnetospherically driven optical and radio aurorae at the end of the stellar main sequence.”

“Not only does this result blur the astrophysical boundaries between stars and planets in a deeply fundamental way, it also raises the exciting possibility that such powerful aurora exist around distant exoplanets, and so should be easily detectable,” said Golden. “The presence of aurora implies the presence of a powerful magnetic field around the exoplanet, shielding its surface from damaging cosmic rays, an essential requisite for the development of life.”