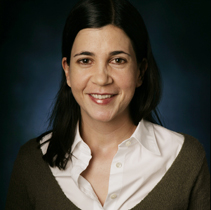 New research by Dr. Anna-Lisa Cohen, associate professor of psychology at Yeshiva College, was recently featured in an article in The Atlantic. Titled “How the Brain Reacts to Scrambled Stories,” the article explored research showing that people tend to prefer linear narratives, but can also be engaged by just the right amount of disruption. It referenced a study Cohen published in PLOS ONE in which she demonstrated that people who viewed an intact version of a film, versus one that was out of order, performed significantly worse on a task they were supposed to remember to perform while watching the film, possibly because they were more transported and immersed in the narrative of the story arc than those who viewed the film out of its intended sequence and therefore were unable to experience the same sense of building drama and suspense.