Levine Lectures Across The US Berger Translates Yiddish Chapter of Hibru 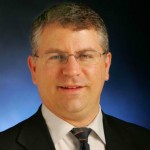 Zimmerman was also interviewed by the New Books Network (NBN) on March 18. In researching for his book, Zimmerman was surprised by the consensus of Polish Jews prior to 1943: “Just as dangerous as the Germans were our Polish neighbors… But we should remember that the death penalty was extended to Poles who aided Jews.” These Poles who blackmailed Jews were eventually condemned by the Polish Underground court.

NBN is a consortium of podcasts produced by university presses and focuses on serious topics.  NBN publishes several podcasts a week and Zimmerman’s podcast can be heard here.