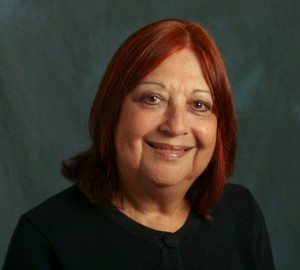 Dr. Zafrira Lidovsky Cohen, director of the Hebrew language and literature department at Stern College for Women, has had a busy academic schedule. She published “ ‘We’re Tattered … Halleluiah!’ The Role of the Tsadik Motif in Apprehending the Odyssey of the Pioneers in the Land of Israel” in the 2016 issue of Hebrew Higher Education: The Journal of Methodology and Pedagogy in the University Teaching of Hebrew. She also presented a paper at the 2016 National Association of Professors of Hebrew (NAPH) annual conference held at Brown University, titled “‘We’ll Sanctify the Mundane’: The Desire for God and the Desire for the Land of Israel in the Poetry of Members of the Second Aliyah.”

She also coordinated the NAPH conference at Brown University, which was attended by over 200 scholars of Hebrew language and literature ranging from Biblical to modern times from the United States, Israel, Europe, Africa and Asia. She participated in a panel discussion on empirical suggestions for improving the teaching of Hebrew in American universities. Her presentation was titled “Motivating Students’ Critical Thinking in Teaching Hebrew Grammar Rules as an Alternative to Teachers’ Explanation (and Students’ Memorization).”