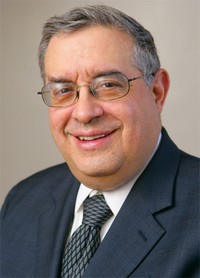 The writings and career of Dr. David Shatz, Ronald P. Stanton University Professor of Philosophy, Ethics and Religious Thought and chair of the philosophy department at Stern College for Women, are the subject of a new volume in Brill’s Library of Contemporary Jewish Philosophers Series. Titled David Shatz: Torah, Philosophy and Culture, the book features an extensive interview with Dr. Shatz about his life and work, as well as an intellectual portrait of Dr. Shatz written by Alex Sztuden, a former student who has taught philosophy at Fordham University and is currently a Templeton Fellow at the Herzl Institute.

In addition, the book collects several of Dr. Shatz’s articles on free will,  altruism, religious epistemology, and Rabbi Joseph B. Soloveitchik, and offers a select bibliography.

As described by the publisher, the Library of Contemporary Jewish Philosopher Series showcases modern Jewish thinkers in the second half of the 20th century and early 21st century who have made lasting contributions to constructive Jewish philosophy. The volume’s editors are Hava Tirosh-Samuelson, professor of history, Irving and Miriam Lowe Professor of Modern Judaism, and director of the Center for Jewish Studies at Arizona State University in Tempe, Arizona; and Aaron W. Hughes, the Philip S. Bernstein Chair of Jewish Studies in the Department of Religion and Classics at the University of Rochester.