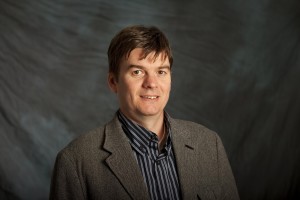 The study detailed in the article was conducted on phonons, which are quantities, like small packages, of sound or vibrational energy. Topological phonon edge modes are phonons located at the edges of a filamentary material (think “cat whiskers” or a length of fishing line) or at the surface of a three-dimensional material. As long as the topological principles that created such modes are in place, the phonon edge modes cannot be removed by any means. This resilience can be exploited in an array of real world applications ranging from highly insulating materials to effective shields against impacts. Many other applications are sought at micro- and nano-scales.

In his paper, Prodan and his collaborators discovered a broad class of filamentary materials which display such topological edge modes. The finding enforces the hypothesis that such systems can occur spontaneously in nature, raising the possibility that living organisms have already stumbled upon such materials during the millions of years of evolution.

For example, in a previous work published in Physical Review Letters, Prodan and his collaborators put forward the idea that the unexplained instability of microtubules, the skeleton of living cells, can be explained by a mechanism involving topological phonon modes. This hypothesis along with the new findings are now part of research funded by a $1 million dollar grant from Keck Foundation, which Prodan and scientists from New Jersey Institute of Technology won in 2016.