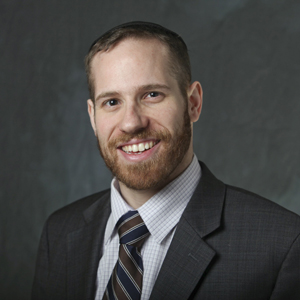 Dr. Moshe Krakowski, director of the master’s program at the Azrieli Graduate School of Jewish Education and Administration, recently published an article in the 2017 issue of Contemporary Jewry, titled “Developing and Transmitting Religious Identity: Curriculum and Pedagogy in Modern Orthodox Jewish Schools.”

This paper argues that American modern Orthodoxy is facing a crisis caused at least in part by problems of student identity formation. A range of ethnographic research conducted over the last decade suggests that modern Orthodox students feel increasingly disengaged from religious studies classes—and that this disconnection is a factor in the movement’s decline.

Krakowski argues that student disengagement may be a result of these schools’ inability to accommodate students’ own epistemological commitments to religious pluralism and autonomy, as well as the mainly secular American concerns central to their developing personal identities.

Using data from fieldwork in an American modern Orthodox school that has implemented an entirely Problem Based Learning (PBL) centered curriculum, as well as from interviews and discussions with teachers participating in a PBL community of practice, Krakowski suggests that PBL may be uniquely suited to address these problems, offering a means by which modern Orthodox students can work autonomously to construct more integrated religious identities in the classroom.