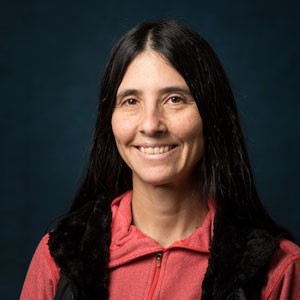 “We are all very well familiar with thermal phase transitions,” explained dos Santos. “The best example is the transition from water to ice. In the liquid phase, the molecules move freely. As the water is cooled, the molecules slow down and begin to arrange themselves into a lattice structure, eventually resulting in the solid phase.”

Although seemingly esoteric, this research can have important real-world applications. “For example, a specific phase may be associated with good or bad conduction of energy or electricity. New phases of matter are critical components of emerging technologies and may revolutionize how we use and produce energy, may lead to new electronic devices and may constitute the building blocks of quantum computers. The potential economic and social impact of the discovery of novel phases of matter is immense.”

Beyond the practical uses, though, is the personal joy dos Santos gets from studying physics. “After so many years studying the subject, I am still fascinated by quantum mechanics. As Nobel laureate Richard Feynman once said: ‘Nobody understands it.’ However, over the years, we have been learning how to control and make use of its properties. Through this practical process, we may eventually unveil also its fundamental mysteries. I get a thrill every time I manage to put a couple of pieces of the big puzzle together.”

Another welcome result is that this research, as stated in the proposal’s abstract, “will also foster the participation of women in physics and improve the educational infrastructure at the Stern College for Women of Yeshiva University by offering new research opportunities and training in core areas of physics and in computational methods.” One of dos Santos’ projects connected to this research will be working with three of her former students, who are now physics teachers in high schools for girls, to create a webpage designed for posting computer programs from courses and research findings that will contribute to the integration of teaching and research at other undergraduate institutions.