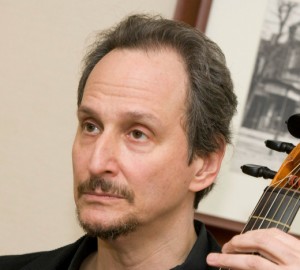 Over the last decade Dr. David Glaser, professor of music, has grown increasingly interested in music of the Renaissance and early Baroque eras composed for small vocal ensembles, often with a handful of instruments. This has inspired him to compose a work for chorus, two percussionists and organ titled “De Rerum Natura,” from the poem by the Roman poet Lucretius.

In the work, the chorus does not sing the words of the poem. Instead, using a technique called “vocalise,” Glaser’s singers voice syllables and sounds that blend or contrast with the percussion, thus “liberating the voice from the constraints of the text [which] allows for a freer, and perhaps more abstract and ‘instrumental’ handling of the voices.”

“De Rerum Natura”will have its premiere in Finland this November.

For performances of Glaser’s work, click here and here.