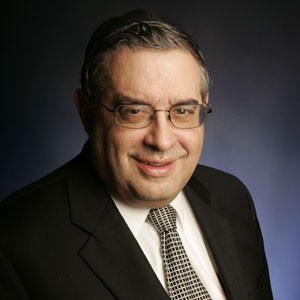 Dr. David Shatz, Ronald P. Stanton University Professor of Philosophy, Ethics, and Religious Thought and chair of the department of philosophy at Stern College for Women, has had a busy year as an editor, writer and presenter.

In early December 2016, Shatz presented a paper titled “Virtue and the Pursuit of Theodicy” at the third meeting of a two-year international workshop, “Virtue, Happiness, and the Meaning of Life,” sponsored by the University of Chicago, the University of South Carolina and the John Templeton Foundation. On June 4-8, he participated in the spring meeting of the same group, presenting a paper on “Law and Virtue in Jewish Tradition.”

As an editor, he will work on a forthcoming volume on the philosophy of religion published by Cengage, and in May published a new volume of The Torah u-Madda Journal.

As an author, his chapter “Can Halakhah Survive Negative Theology?” appeared in Negative Theology As Modernity, edited by Michael Fagenblat and published by Indiana University Press. He was involved in publishing a book of essays by Rabbi Joseph B. Soloveitchik titled Halakhic Morality and is continuing work on his Judaism: A Philosophical Portrait (under contract with Cambridge University Press).